The Japanese brand has promised its interested audience that it will present the nautical flagship of the fleet, and that’s exactly what it did. Lexus removed the veil from his “fourth flagship”. The LY650 is based on the Lexus Sport Yacht concept from 2017, and with its promotion, the design language of the brand gets more specific nautical expression than before. The company says that the vessel has a strong bow, a roofline and a rounded deck line, which in the sense of style approaches the “L-finesse” of the design theme, from the land game of the Japanese brand, transferred to the nautical fleet of the manufacturer.

The newly-launched yacht is unrivaled, the largest transport vehicle ever produced with Lexus labels. It is 19.96 meters long, while the width is 5.72 meters. It has three separate rooms, and the accommodation can found up to six people on it. Lexus’ Executive Vice President, Shigeki Tomoyama, says his desire is to, “present a dream-like vision of the luxury lifestyle; one where the Lexus yacht expands the potential of Lexus mobility to the ocean.” Lexus LY650 is equipped with a regular six-cylinder diesel engine Volvo (Penta IPS1200). Its capacity is 12.8 liters and it is able to deliver 588 kW, primarily thanks to the assistance of two turbochargers, as well as one charger. With an additional payment, customers can also order the version of the Volvo Penta IPS1350 engine, which delivers 735 kW. 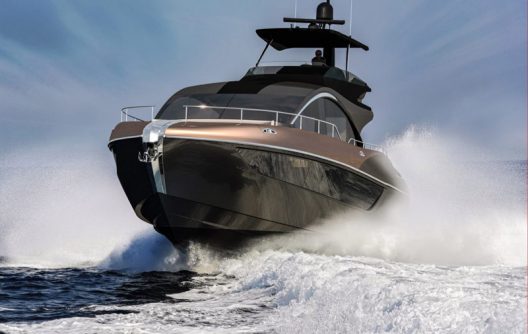 The production of the new yacht of the Japanese brand, the LY650 will be organized by Marquis-Larson Boat Group, which will also be responsible for providing post-sales services to customers. The company’s headquarters are located in the village of Pulaski, in the US state of Wisconsin. Lexus expects the launch of the first LY650 model in the second half of next year, followed by the world premiere before 2020. 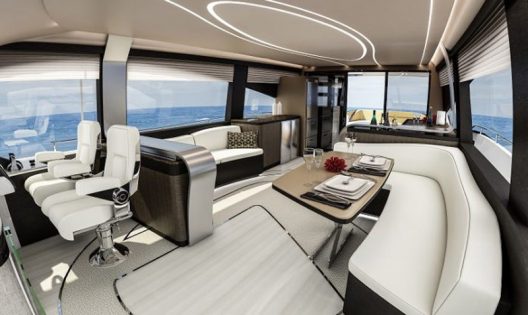