Montblanc’s Patron of the Arts Collection was launched in 1992 and continues to this day to launch a set of 2 pens annually – a Limited Edition of 4810 units and a more exclusive edition of 888 pens from the 1995 issue onwards. This year’s Patron of Art Edition pays tribute to Hadrian (76 –138 AD), the Roman emperor reigned from 117 to 138. He is regarded as one of the Five Good Emperors (Nerva, Trajan, Hadrian, Antoninus Pius and Marcus Aurelius). He built Hadrian’s Villa at Tibur (Tivoli), which was also one of the greatest Roman gardens (100 ha) reflecting the places Hadrian saw during his travels. 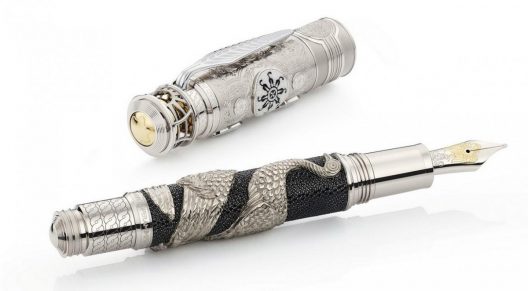 He also shaped the city of Roma and Athens with his massive building projects: Pantheon, Temple of Venus and Roma, Mausoleum of Hadrian (Castel Sant’Angelo). Hadrian is also known for building Hadrian’s Wall, which marked the northern limit of Britannia (Roman Britain).
The 4810 Edition: The shape of the cap top and cone are inspired by typical ancient Roman buildings, especially those with a concrete dome. The pattern at the cap top ring and cone ring are also inspired by decorations, which are typically used in the Roman Empire, with a connection to the Roman god Janus, who is the god of time. The clip is inspired by a grain of wheat, which comes from the story of Hadrian as the first Roman emperor who passes the initiation of the Eleusinian Mysteries. The cap ring has a special engraving, inspired by two portraits and an arch: the Greek Hero Antinous, who became a symbol of Hadrian’s dreams of pan-Hellenism and Medusa, who is often used on Roman architecture. The pattern around rebuilds a Roman arch. 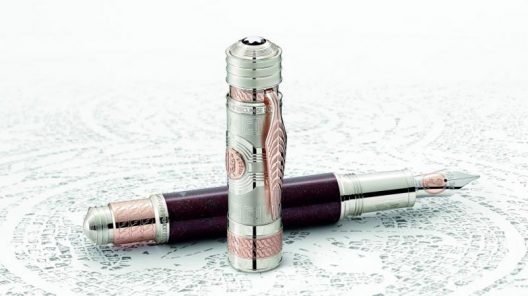 The special engraving on the 18-carat solid gold nib is inspired by the Phoenix, which is based on a story between Hadrian and his predecessor Trajan. The quotes engraved on the cap and cone ring are from the books Historia Augusta (Augustan History) stating that Hadrian is a great emperor. The fountain pen comes in 146 size (Le Grand) and the cap and barrel are made of basalt stone, complemented with gold coated and ruthenium coated fittings.
The 888 Edition: The Ag925 sterling silver cap top and cone recalls the domed shape of one of Hadrian’s great buildings, while the centre of the cap top is decorated with the Montblanc emblem in precious mother-of-pearl. The square pattern on the cap pays tribute to the Roman interior decoration inside those concrete domes. The cap is adorned with two intricate Au750 solid red gold medallions inspired by the ancient Roman Aureus, a coin highly sought after by collectors because of its purity and value. 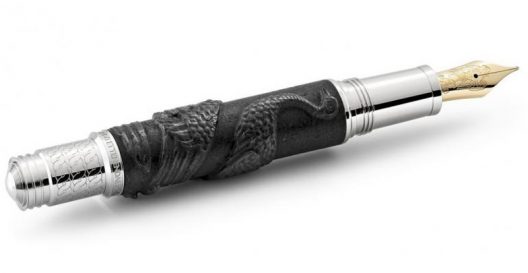 The red marble of the barrel evokes the extravagant décor of a Roman building from that era, as well as the winding circular decoration of the Au750 solid red gold part of cone and cap ring representing Janus, the Roman god of all beginnings and endings. The Au750 handcrafted red gold nib, partly rhodium-coated, is engraved with the Hadrianic phoenix with a halo and laurel leaf.
The price for the 4810 Edition is €2.750, while 888 Edition is of course more expensive and will cost you €8.100 to €13.200. 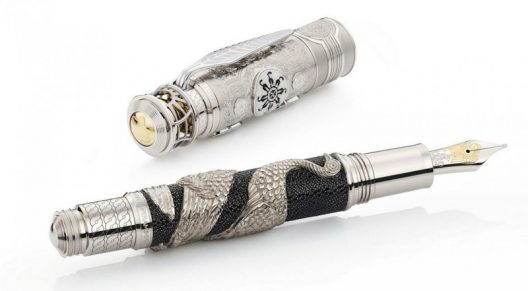