We are used to writing about unique and rare motorbikes, but just when we thought we had seen everything, appears some model that impresses us. Such a situation just happened with this Curtiss Zeus motorcycle that is simply indescribable and leaves you in shock.
Curtiss Motorcycles company has decided to create a motorbike that will leave everyone breathless and which will contain both retro and futuristic elements. 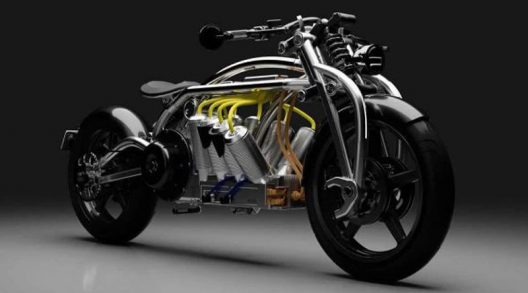 Thus was born Zeus, who takes the name of an ancient Greek God, and which, by its appearance, causes fear and respect.
What is most surprising to you is the fact that this is a fully electric motorcycle and that there is no electric generator, which makes it even more unique. This is a great idea because Zeus is safe for the environment and emits 0% of harmful gases, which means it is the right vehicle for the future.
Visually, the motorbike is perfect. Designed to act as a 30th-century vehicle that is ready to carry you over the battlefield. The chrome color and steampunk details make it incredibly attractive and we are sure it will appeal to all motorcyclists. 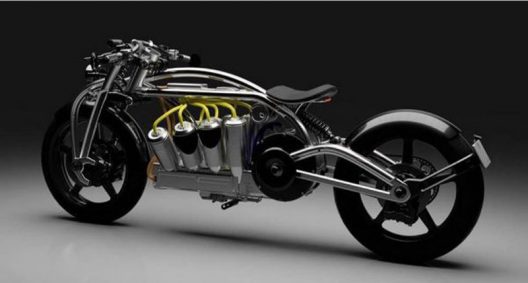 Of course, as a vehicle of the future, Zeus is equipped with state-of-the-art safety systems that include navigation, brake and slip control, and the latest LED lighting that provides maximum visibility.
Zeus’ electric motorbike is designed to resemble a V8 engine, so the batteries inside the frame are positioned to imitate classical petrol engines. This motorcycle produces a power of 217 hp, so drivers will drive not only a “clean” motorbike, but they also create powerful ones that will be able to achieve extreme speeds.