North of Chicago on a cliff overlooking Lake Michigan, the villa we are presenting to you this time is a thin line of space, bent to create the boundary between two landscapes…
Bending over to adjacent tree canopies, it opens to views of the natural environment and the coast from the east. On the opposite side, its shape forms a fence wall defining a protected yard. 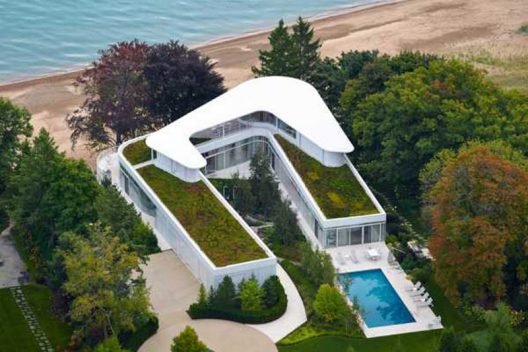 The open concept of the space of its interior consists of interconnected common and intimate spaces. The middle of the house is anchored by a sculptured spiral staircase that is enclosed by glass, creating a dynamic visual connection to the exterior, constantly shifting the occupant’s position between the villa and its beautiful environment. 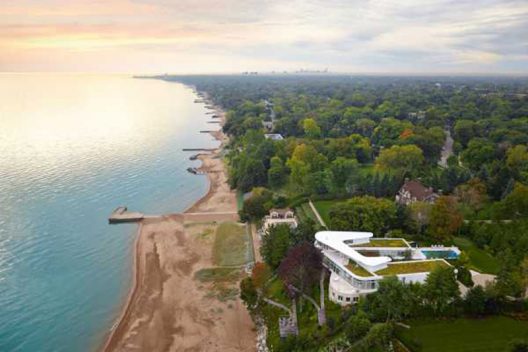 The character of this building mainly consists of two identities. Its lower level is represented by concrete walls anchored in the rock, with a curved glass pavilion of the main level extending over the flexible structure of the bridge above the cliff.
The main level uses draped steel strips, poles and grilles as its sole decoration, resulting in a serene interior that seems to hover above the landscape. Both residency identities fulfill the desire of the client, who asked the architects for an intimate home, with a view of the beautiful natural environment. 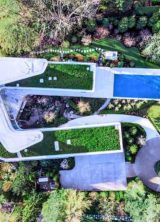 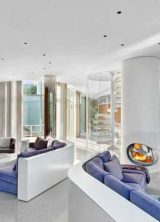 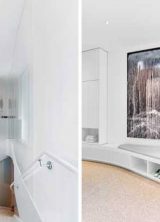 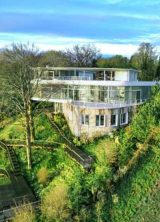 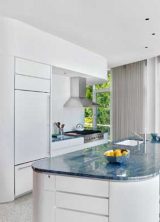 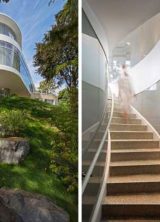 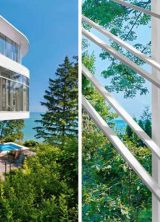 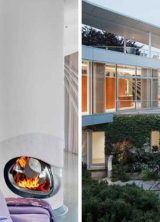 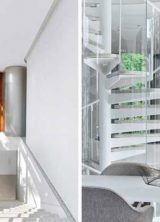 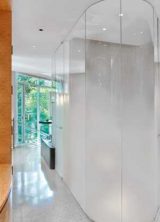 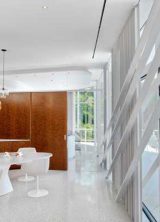