The first pair of Snapchat smart glasses cost the brand nearly $40 million in unsold inventory…
Now, this Santa Monica based company appears to be trying to rectify the situation, creating an entirely new model in collaboration with Gucci brand and filmmaker Harmony Korine. Created exclusively for Art Basel Miami Beach, these limited edition glasses, Spectacles x Gucci, represent the technicolor version of Spectacles 3, introduced earlier this year. Designed by Korine, the hand-painted glasses have saturated colors such as pink and neon yellow. 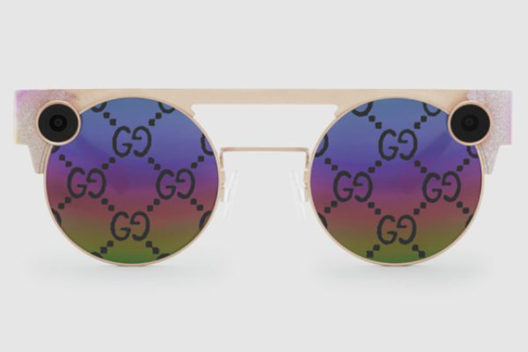 The frames were decorated with Korine’s signature on the one hand and the Gucci brand on the other, while the glass was covered with a famous brand monogram.
As part of this collaboration, Korine also made a movie with these glasses. The glasses are equipped with twin HD cameras, which can take photos and videos that last up to sixty seconds, while four built-in microphones capture high-definition audio.
In order to make the film, Korine made the most of the augmented reality potential, using special 3D effects, created specifically for this project. Called Duck Duck, the film follows a guy in a hot dog costume as he glides through Miami – skateboarding, surfing, dancing with pandas, and more.
Unfortunately, the glasses used in the film were created as a unique design, at least for the time being, and are limited to fifty pairs. 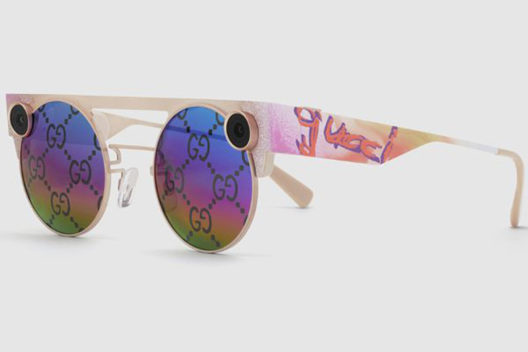