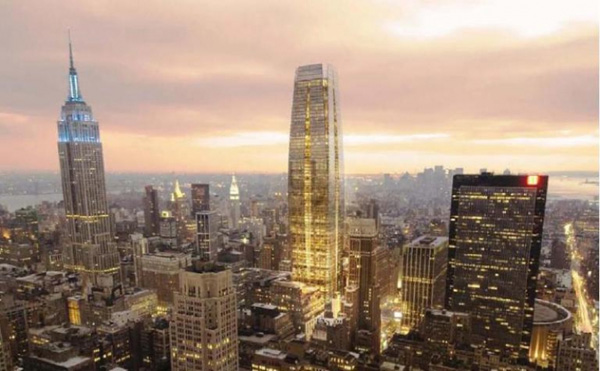 New York’s 15 Penn Plaza – Vornado rendering City authorities on Wednesday approved plans to build a 67-floor skyscraper near New York City’s tallest structure, the Empire State Building, over objections from owners of the iconic landmark. The City Council Land Use Committee voted today in favor of Vornado’s roughly 1,200-foot, Pelli Clarke Pelli-designed 15 Penn Plaza, despite protests from Empire State Building owner Anthony Malkin that it would mar the city’s skyline. But while New York, and the nation, are obsessed about whether a certain cultural center should go up in lower Manhattan, few noticed that the Penn Plaza plan will bring down the legendary Hotel Pennsylvania. The hotel, a 25-story, once-magnificent edifice built in 1919, has a rich history, an essential part of which is bound up with my father’s first hit as a songwriter. Speculation about the hotel’s demise began in the late 1990s, when the Vornado Realty Trust took a controlling stake in the building. The latest plans, for a 1,190-foot-tall office tower, began in earnest two years ago, when Vornado began negotiations with Merrill Lynch to move its headquarters to the tower. The company’s board was set to vote on the matter when the collapse of Lehman Brothers in 2008 effectively killed the deal. Before wednesday’s vote, Vornado offered a last-minute plan, calling for at least 15 percent of the construction work to be done by women, and minority-owned business enterprises. Though the council members voted 19-1 for the project, there were still some objections over the fact that the council does not use its limited leverage over such projects to extract more concessions early on regarding who is doing the construction, rather than at the very end, when it is too late to have an impact on the project. The City Planning Commission, which approved 15 Penn Plaza in July, said the prominence of the Empire State Building would not be significantly affected because the new building would be about 230 feet shorter and approximately 1,000 feet away from the Empire State Building. On Tuesday, Mayor Michael Bloomberg publicly announced his support for the new tower stating that it would be a great addition to our city skyline. 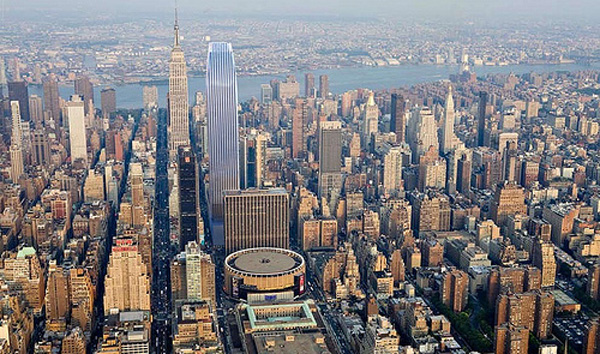 One thought on “15 Penn Plaza in New York Approved”