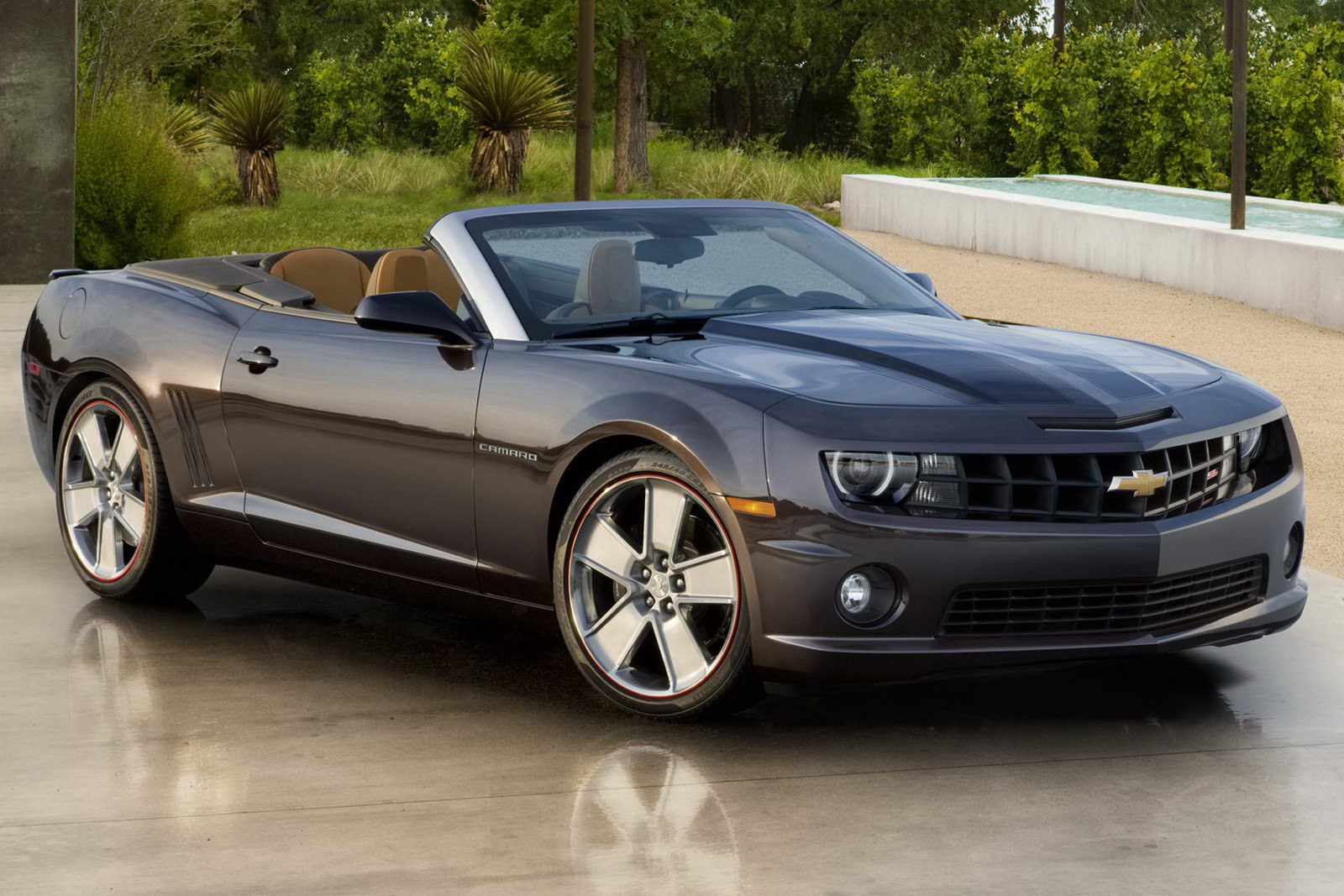 2011 Chevrolet Camaro Convertible DETROIT – The Most Valuable Player of Super Bowl XLV between the Green Bay Packers and Pittsburgh Steelers on February 6 will receive a 2011 Camaro Convertible, Chevrolet announced.  A media panel and fan vote on www.superbowl.com will determine the MVP Award winner, announced during the Super Bowl XLV Postgame Show on Fox, presented by Chevrolet. The new Camaro Convertible arrives in dealerships in February and will be a fitting reward for the MVP, said Rick Scheidt, US vice president of Chevrolet marketing. It’s a great opportunity for Chevy to have Camaro play a role on one of the world’s biggest stages, the Super Bowl. The Camaro Convertible will appear on the field during the postgame celebration in North Texas. The convertible continues the momentum of Camaro, which has taken the lead in its segment in the United States. Available with an efficient 3.6-liter Direct Injection V6 engine, or as the V8-powered, 426-hp SS model, Camaro now features a power convertible top for the unequalled fun of open-air driving. The Super Bowl MVP receives the Pete Rozelle Trophy, a silver trophy made by Tiffany & Co., and the Camaro Convertible. The MVP will be available following the winning coach’s news conference on Monday, February 7 at 8:30 a.m. CST at the Super Bowl XLV Media Center, Houston B-C (3rd Floor). [Chevrolet]
If you like you can check latest Other Stuff photos