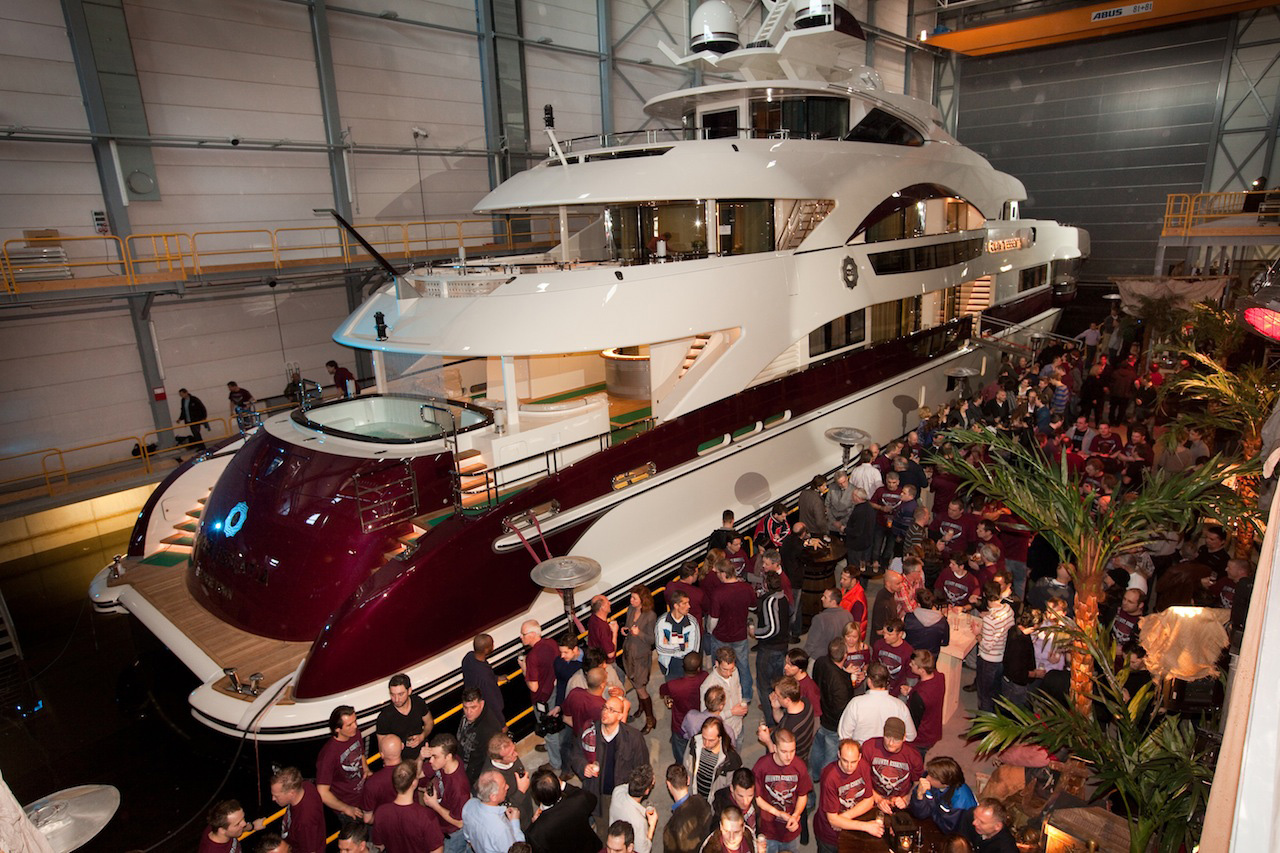 Launch of Quinta Essentia Yacht (Photo credit to Emilio Bianchi) Heesen Yachts recently launched the YN 14955 MY Quinta Essentia, in Oss, The Netherlands. This semi-displacement yacht is the largest and one of the most powerful Heesen yachts to be launched so far. Quinta Essentia is one of the most organic superyachts built by Heesen to date, with her unique atrium-like curve in the centre and with her striking external colour scheme, designed by Dobroserdov Design, of Oyster White and Merlot Red, inspired by the owner’s love for Merlot wine. In the yacht’s main saloon Sergei Dobroserdov of Nakhimov, who managed the construction of the yacht and developed the concept for the yacht with the owner, spoke to the members of the press. Quinta Essentia features an owner’s cabin, two large guest cabins which are convertible into one large VIP cabin, one double cabin and one twin cabin as well as one VIP cabin on the main deck. Additional special features include a grand piano in the main saloon, and the large swimming pool with a feature waterfall aft of the main deck. Michela Reverberi, who decorated the interior based on a design of Ken Freivokh, gave further explanation of the fine details that corresponded with the owner’s brief. As the name suggests, Quinta Essentia represents the fifth and highest element after the four natural elements of earth, air, fire and water. Therefore her design subtly incorporated the other four natural elements throughout the vessel. Examples of these elements could be seen with the usage of semi-precious stones in the owner’s bathroom representing the “earth” element. The yacht which offers cruising speed of 22 knots and a top speed of 24 knots, was christened by superyacht’s chief stewardess Yanina Spatiro , with a bottle of Champagne to as a customary tradition followed for ages. Superyacht Quinta Essentia is set for delivery to her owners toward the end of May, following intensive sea trials in the North Sea. She will also be available for charter through the Monaco office of Nakhimov Yachts. [Haute Living] 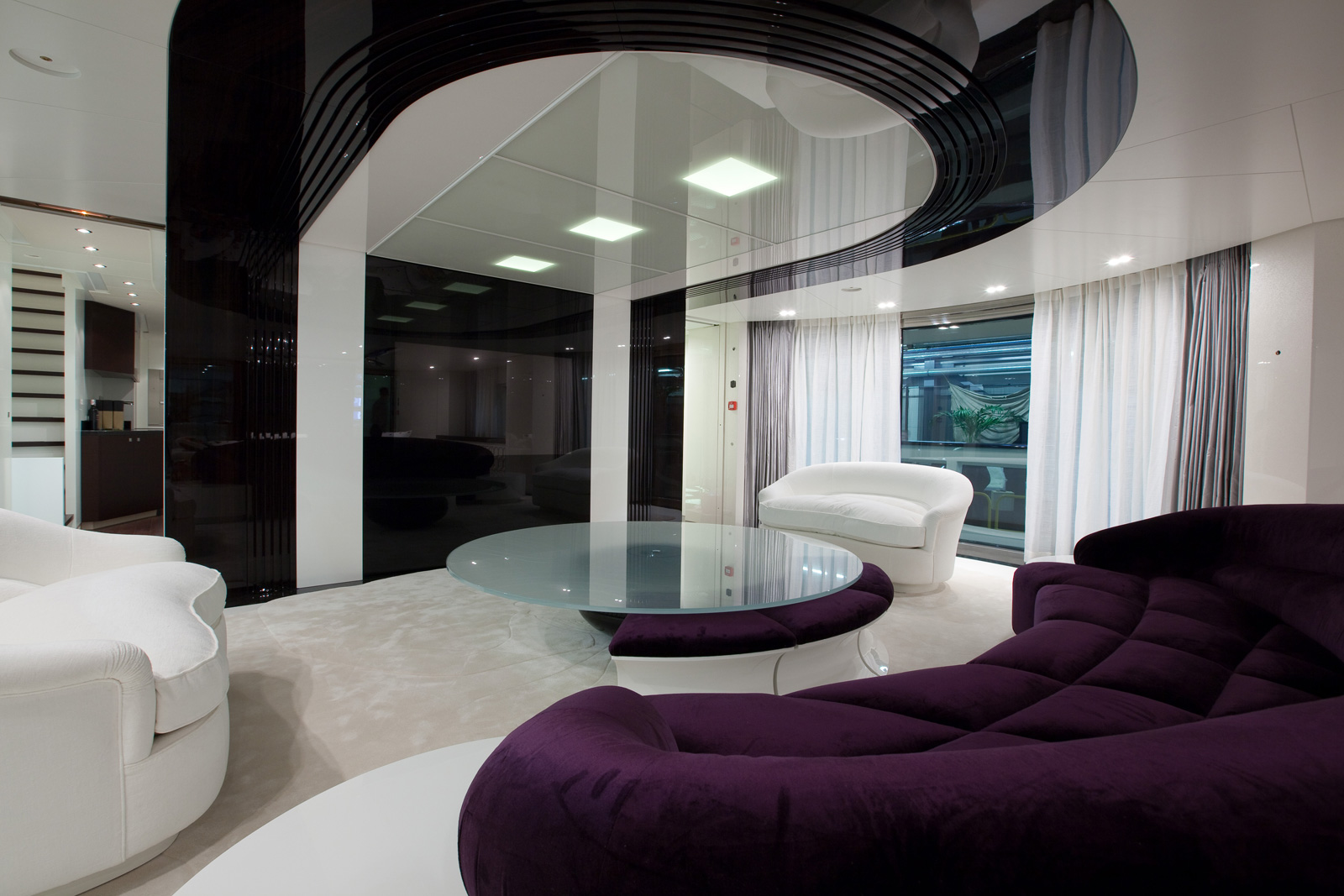 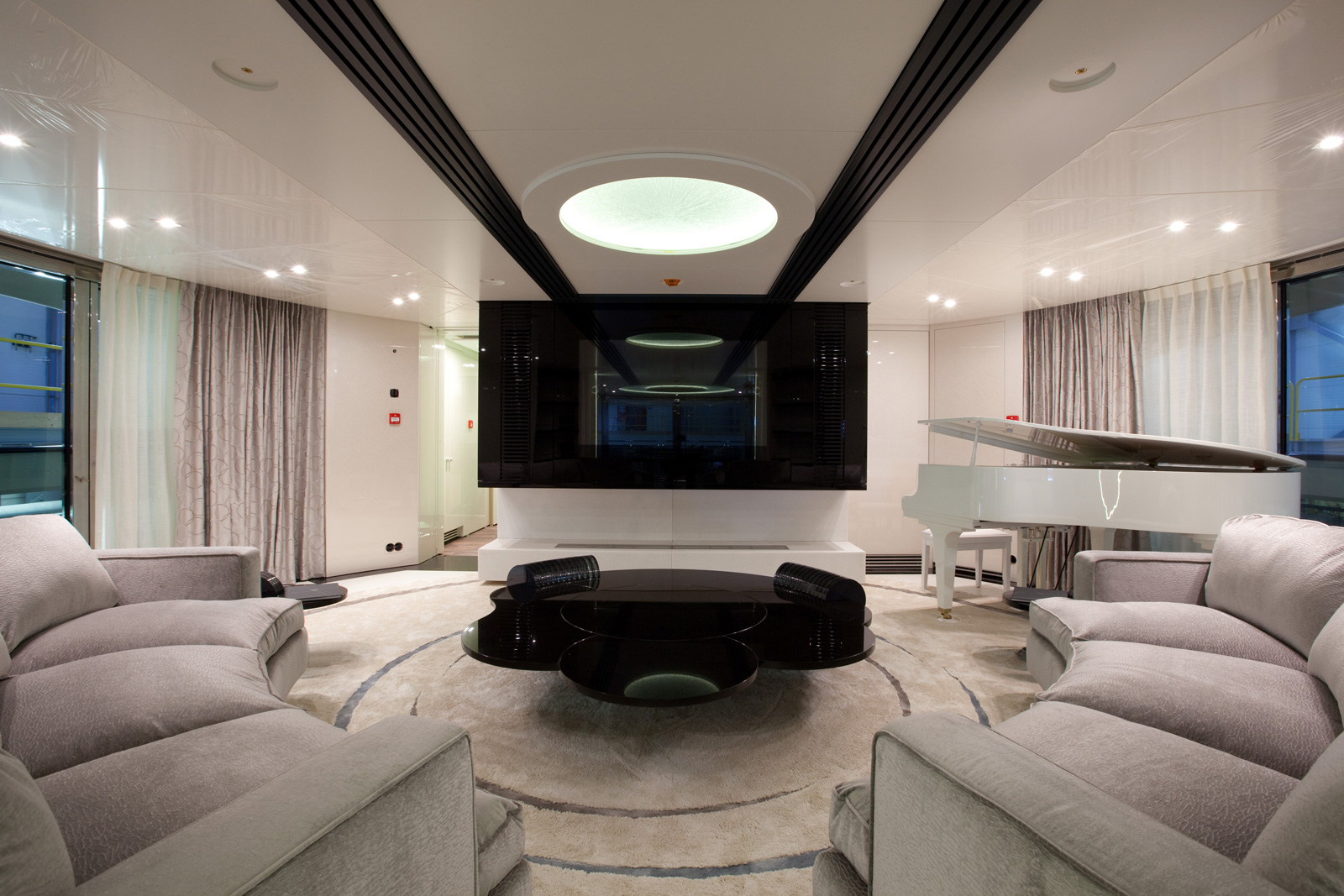 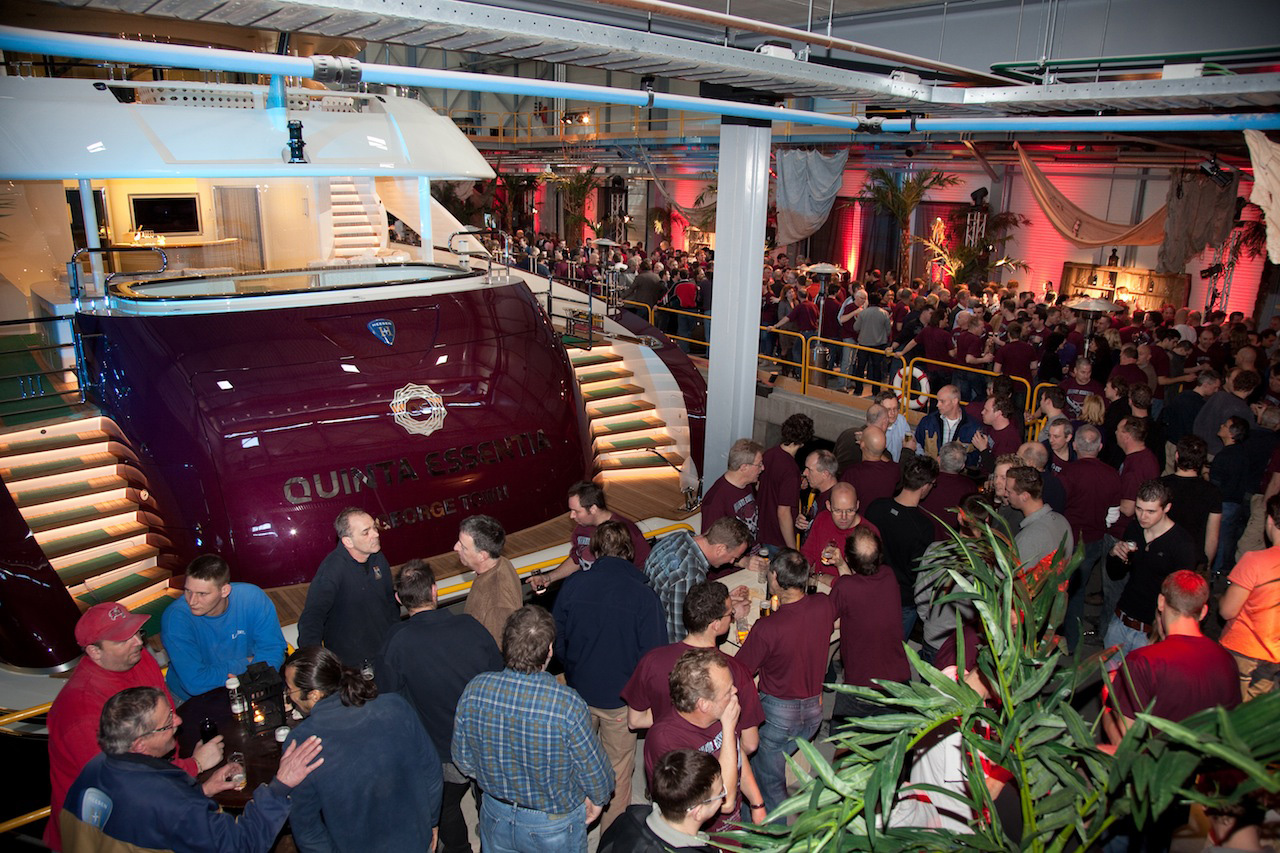