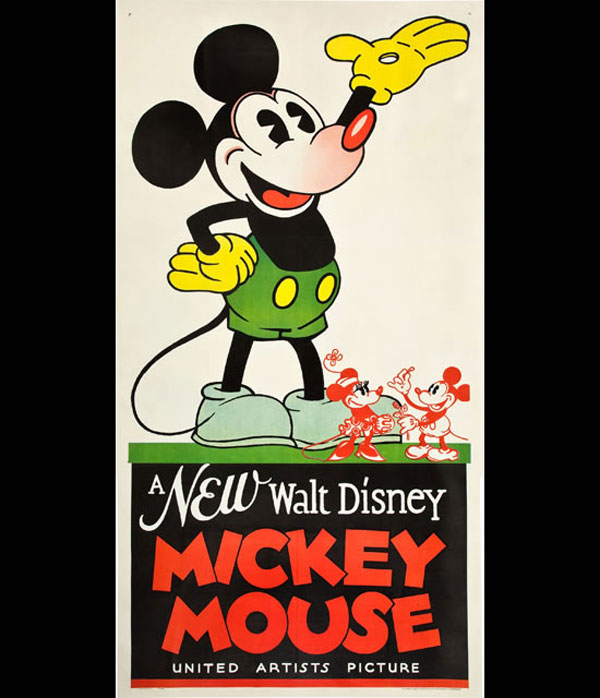 Mickey Mouse 1932 Stock Poster Born in 1928, entertained our parents, us, our children and will probably entertain our grandchildren. That’s our animated friend Mickey Mouse. In honor of the Disney’s great mouse, the United Artists studio has created a stunning never-before-auctioned 1932 Mickey Mouse three sheet stock poster. A rare poster of little mouse in red pants was initially estimated between $18,000 and $38,000, was sold at $35,850 at Heritage Auction. It is one of 12 posters created by the studio United Artists before Walt Disney does not sign with RKO. Radio-Keith-Orpheum Pictures (RKO) is the oldest independent U.S. companies producing feature films. 1932 is also the year that Walt Disney receives a special Academy Award for creating Mickey Mouse! Heritage Auctions’ Movie Poster Auction took over $1,500,950. A Paramount Style B half sheet for The War of the Worlds (1953) fetched $31,070. And a Universal three-sheet for the classic Boris Karloff version of Frankenstein (1938) realized $29,875. The auction realized a more than 86% sell through rate by value on 1.258 lots with 1.249 bidders competing for the offerings. [Luxury Launches]
If you like you can check latest Other Stuff photos