Two lost portrait of Klara and Aloise, Adolf Hitler’s parents are set to go on sale next month and is expected to fetch up to $100,000. These original oil paintings of German Dictator’s parents had hung in a former Hitler-owned residence in Bavaria, Germany and have been lost since the end of the Second World War. The paintings of the Nazi leader’s mother, Klara, and his father, Alois, surfaced earlier this year in Orange County, California, where they had been kept by a French family. The paintings were originally hung on the walls of Hitler’s mountain retreat, the Berghof, in the Bavarian Alps where he entertained foreign envoys and would spend weekends with his wife Eva Bruan. But after the war the portraits are understood to have been taken by a French soldier who liberated the mansion after it was bombed by Allied forces. The unknown soldier then passed the works of art on to his family who moved to California and took the portraits with them. According to the dealer, These portraits are very famous images from the Third Reich period, having appeared on postcards, on Klara Hitler’s gravestone, as well as in a period-catalog of art owned by Hitler, that is held in the US Library of Congress. The two famous colour paintings will now be sold alongside several other pieces of Third Reich art at Craig Gottlieb Militaria Auctions in Solana Beach, California on September 1, with the auction closing on September 17. Gottlieb estimates that the portraits could sell for $100,000 or more. When it’s the collector’s one opportunity or the museum’s one opportunity, sky is the limit, said Gottlieb, who is also helping to auction a desk set owned by Adolf Hitler on which the Munich Pact of 1938 was signed.

Alois and Klara Hitler, as well as Hitler’s baby brother Edmund are buried in Leonding, Austria, where the future German dictator lived as a child. Alois Hitler, who was an Austrian customs official, died in 1903, while Klara Hitler died of breast cancer in 1907. Adolf Hitler, along with his mistress Eva Braun, committed suicide in the final days of World War II in Berlin. 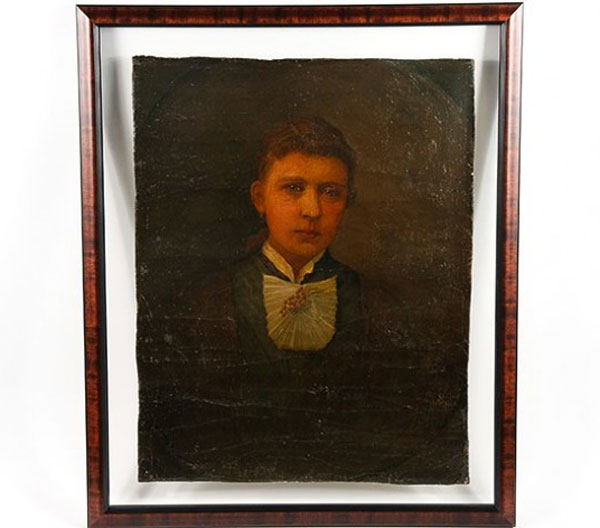 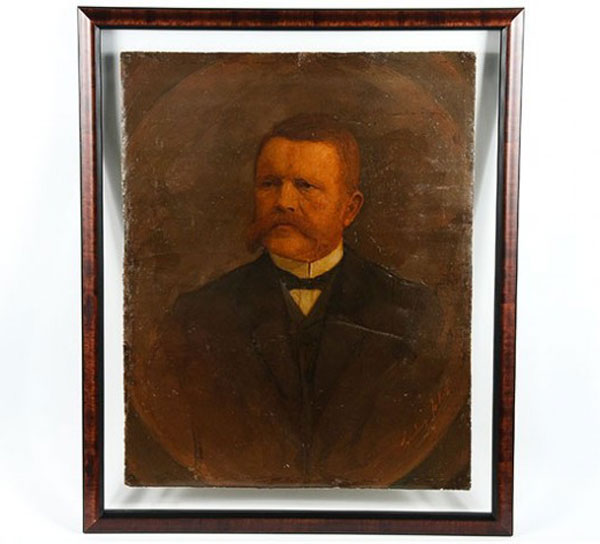