In celebration of the 50th anniversary of the James Bond movie series, OMEGA is set to release a version of their Seamaster watch updated with details dedicated to the classic franchise. The British spy has been wearing Omega watches in all the movies since Golden Eye in 1995. In sizes 41mm for men, and 36mm for women, the James Bond 007 50th Anniversary OMEGA Seamaster Watch is a reinterpretation of the classic OMEGA Seamaster diver’s watch. Special alterations include repetitive 007 monograms engraved on the lacquered black dial and the red 50 dive marker on its ceramic bezel. The watch also features a case back in the form of a gun barrel, a reference to Bond’s signature Walther PPK pistol and is inscribed with 50 years of James Bond. 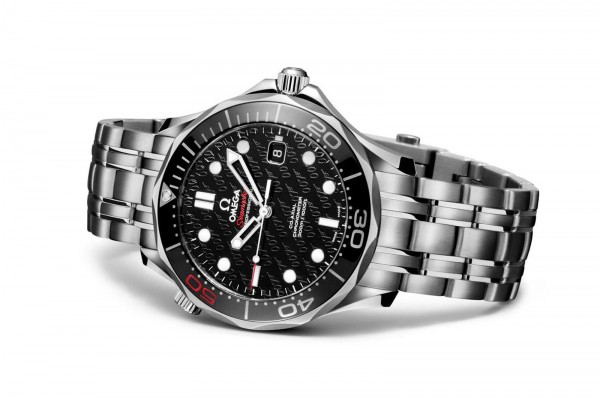 The 41mm version has 11 applied hour markers; whereas the 36.35mm version has just ten with a diamond index at the 7 o’clock position to signify James Bond’s agent number ‘007’. The hour markers have been applied with white SuperLumiNova of the type used on all new generation Seamaster divers. Presumably the minute-hand and the 12 o’clock bezel marker have been applied with green SuperLumiNova to allow optimum reading in poor light conditions. There’s a black date window at 3 o’clock. Both versions will house OMEGA’s calibre 2507 self-winding movement, which is fitted with their revolutionary Co-Axial escapement, the component that has driven a revolution in mechanical watchmaking since it was first launched in 1999. The watches are certified chronometers. Limited to 11,007 units for the 41mm model and 3,007 units for the 36mm model, both will be available soon at OMEGA dealers worldwide. 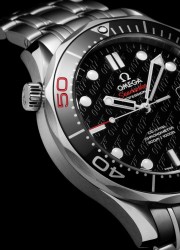 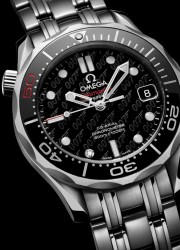 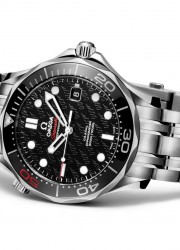 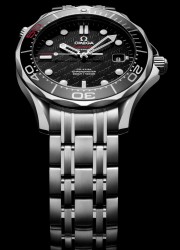 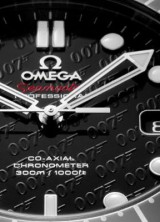