David Gill is a pioneering gallerist of 20th Century and contemporary design. His new gallery on London’s King Street is currently being inaugurated by a Zaha Hadid solo show, comprising a series of ‘Liquid Glacial’ tables. Zaha Hadid is an Iraqi-British architect who received the Pritzker Architecture Prize in 2004—the first woman to do so. She won the Stirling Prize two years running: in 2010, for one of her most celebrated works, the Maxxi in Rome, and in 2011 for the Evelyn Grace Academy, a Z‑shapes school in Brixton, London. 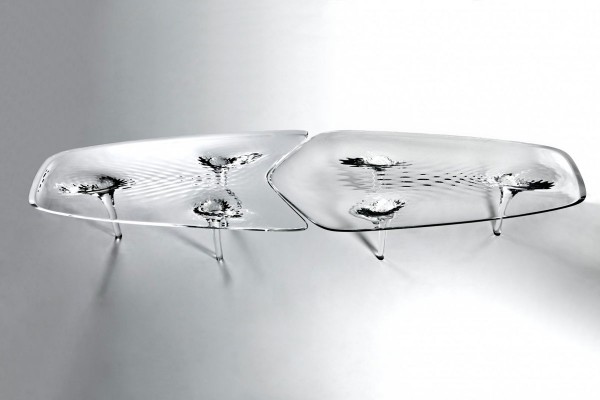 Entitled ‘Liquid Glacial,’ the series’ four pieces each resemble plates of moving ice, complete with legs akin to furrowing tunnels of water, draining down from the surface, and on sale in a limited editon for almost three-quarters of a million pounds, it’s precious cargo; for those with more limited budgets, there is a coffee-table version, with the price of £100,000 ($160,000). Nominated in the furniture segment of the London Design Museum’s 2013 awards, this exclusive coffee-table has been created using a combination of surface complexity and refraction within a powerful fluid dynamic. The elementary geometry of the flat table top appears transformed from static to fluid by the subtle waves and ripples evident below the surface, while the table’s legs seem to pour from the horizontal in an intense vortex of water frozen in time. “This idea of glaciers and ice is something we’ve been exploring for awhile,” explained Hadid, while supervising the installation of the new pieces in David Gill’s new gallery on London’s King Street. “You can’t reinvent the wheel everyday.” Hadid had originally wanted to create the table in Venetian glass but the material, she explains, “does funny things. It’s like water. It’s weird: you can predict everything, but you cannot predict glass.” Liquid Glacial is made instead of acrylic resin, the rippled effect achieved through a lamination and milling process that Hadid confesses is a mystery to her. “It’s like liquid there, caught in the surfaces,” she says. “I can put fish in it. I’ll float fish inside!” Gill and Hadid had already collaborated earlier. In 2007, Gill commissioned Hadid’s first foray into furniture, the now iconic ‘Dune Formations’ series of wall-shelving, tables and benches in an alchemic tarnished ivy shade. 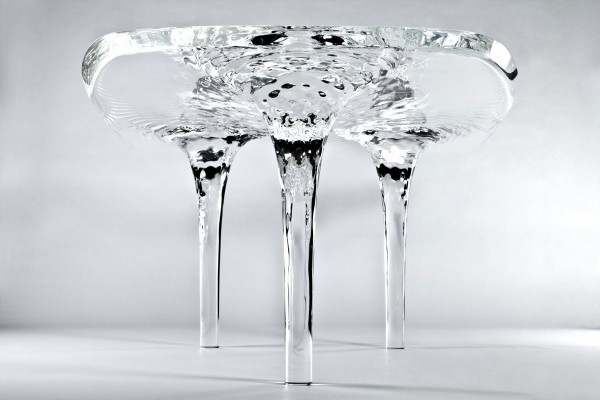 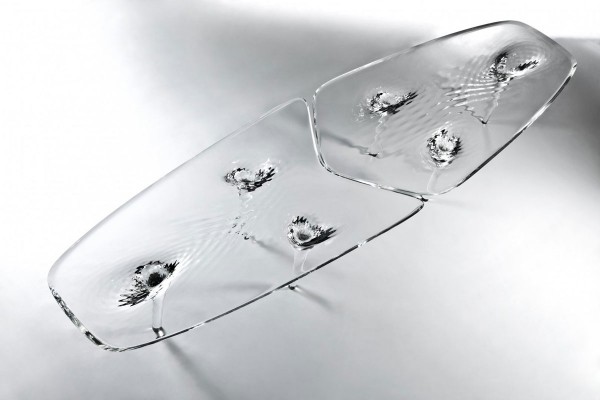 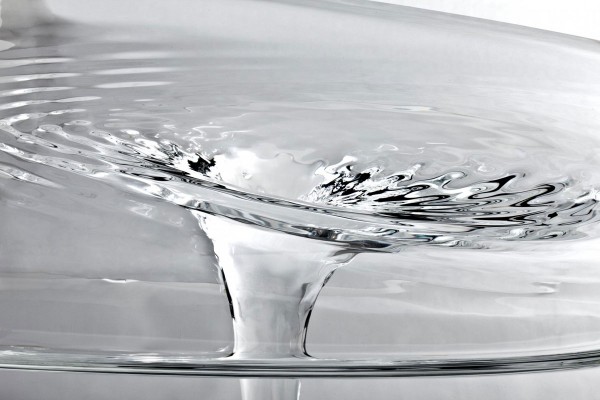 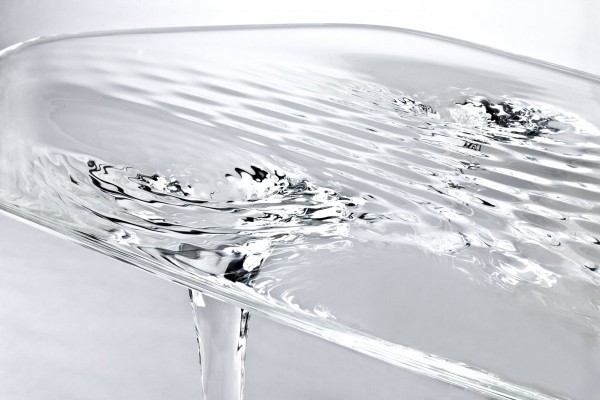