Mercedes unveiled its new off-road monster, G63 AMG model 6×6. Mercedes G320 CDI served as a basis for the military version of G-class drive with six wheels. Just when we thought that on the field of terrain vehicles everything told, Mercedes came out with a new product. The German company has paired the construction of military vehicles with six wheels, which is based on the G-class AMG with offer to superior customer civilian with version of the SUV with 6×6 drive. 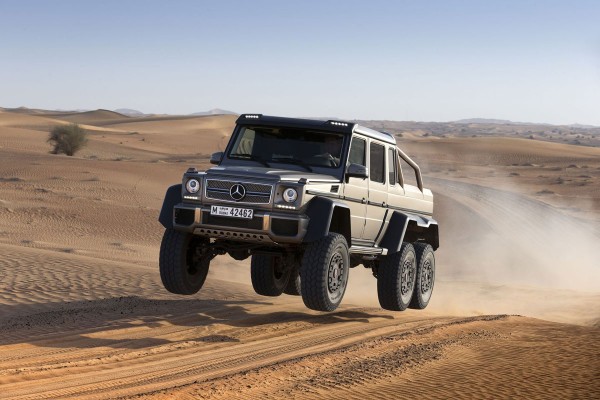 Mercedes G63 AMG 6×6 body consists of a cab where there’s room for four passengers and an open pick-up allowance, and the whole structure is reinforced by roll-bar elements. That vehicle was created to impressive dimensions of length 5867 mm, width 2111 mm, height 2209 mm. Compared to the standard G63 AMG 4×4 SUV this is long by 1 m and 10 cm, while the other two dimensions increased by more than 20 cm. Field properties are enhanced due to the increased distance from the ground of 46 cm. Allowable angle of attack when approaching the obstacle is 52 degrees (16 more than the 4×4 version), and get off angle is 54 degrees (+27 compared to the 4×4 model). At Mercedes AMG G63 6×6 all is oversized in relation to the standard SUV. The vehicle has a mass of 3775 kg and wheels up to 37 inches. Instead of the 3.0-liter diesel engine and five-gear automatic gearbox with the military version, the G63 AMG has a 5.5-liter 6×6 bi-turbo with 544 HP and 760 Nm of torque, and the 7G-TRONIC automatic transmission. Mercedes has not announced official performance of the vehicle, but the head of the development department of Mercedes G-class, Axel Harries said for the Autoweek magazine that G63 AMG 6×6 is able from standstill to 60mph that arrives in less than 6 seconds, while Top speed is limited to 100mph. He added that Mercedes plans to produce annually 20-30 copies of this model. Price was not disclosed, but it would be the second most expensive cars from German manufacturer game, after the Electric Mercedes SLS. 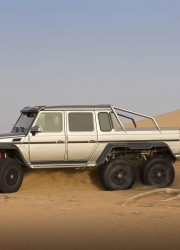 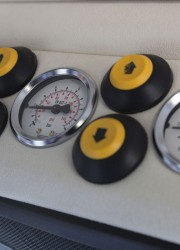 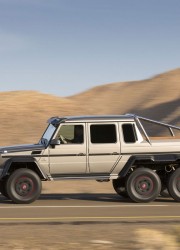 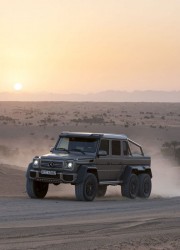 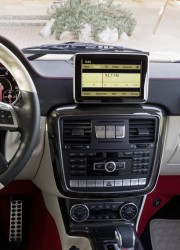 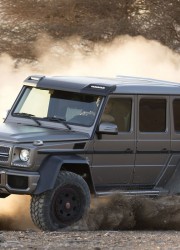 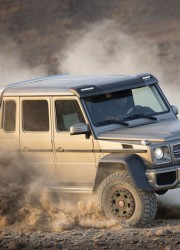 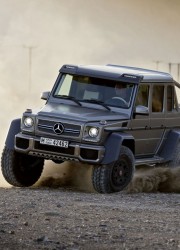 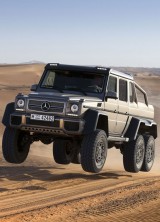 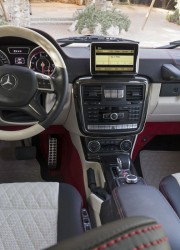 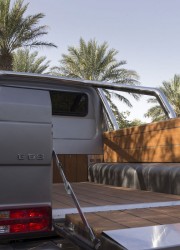 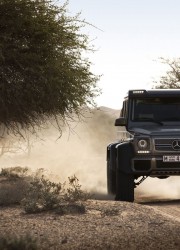 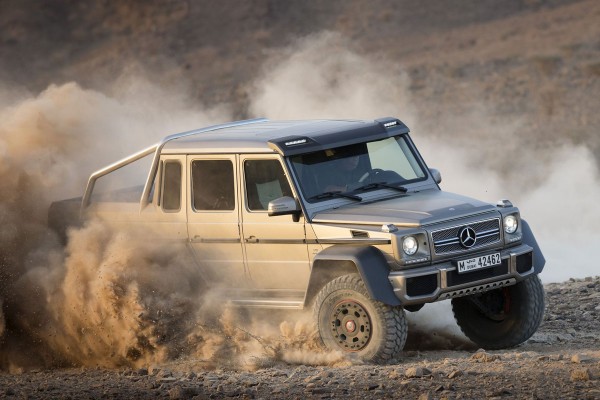