Jim Beam has prepared something special for both all horse race and whiskey connoisseurs. Just in the right time for the the famous horses races of May, Jim Beam has realised their most exclusive liquid – “Distiller’s Masterpiece”. Although this limited edition bourbon is available at the Jim Beam American Stillhouse in Kentucky, for the price of $199.99, it certainly worth the effort. 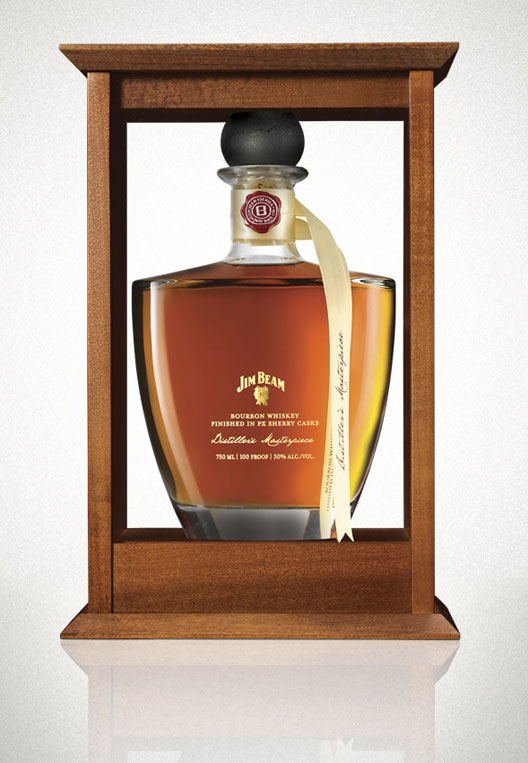 Celebrating Kentuckys Horseracing Season, Beams Most Exclusive Liquid is Available for $199.99 in Limited Quantities Only at the Jim Beam American Stillhouse in Kentucky

An extra-aged Kentucky Straight Bourbon at 100 proof Whiskey barrel finished in Pedro Ximénez (PX) sherry casks, nicely packed in in a wooden box, awaits on most ardent fans. “My family has been making bourbon in Kentucky since 1795,” said seventh-generation Master Distiller and Jim Beam’s great-grandson Fred Noe. “This is a great time to celebrate another Kentucky icon – horseracing – with the release of some of our most exclusive liquid. The catch is that you’ve got to come out to Kentucky and see us to get a bottle.” Brown-Forman has also released a Bourbon commemorating the derby. The limited-edition Woodford Reserve bottle was launched last month.