Aggressive styling and rude attitude of the premium Softail chopper Harley-Davidson Breakout 2013 is a city man. With its authentic look that attracts traffic and proud stance that is sure to appeal to the masses, Breakout is a premium model with distinctive finishes and specific components of which are not available on other Harley-Davidson motorcycles. Long and low, the Breakout has a back tire of 240 mm, which is visually balanced to the thick forks and shortened fenders, and tank console maintain a low profile. Powertrain The Twin Cam 103 and other components are coated with shiny chrome and glossy black paint. 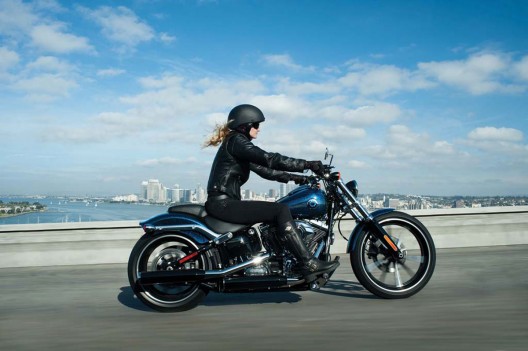 Like the famous 2013 Custom Vehicle Operations (CVO), the Breakout has a styling that is sleek, sturdy, and points out the engine and tires. “We have a Breakout motorcycle, which means putting the drivetrain and wheels in essence ,” said Harley-Davidson styling manager Kirk Rasmussen. Gasser wheels are new and specific to Breakout, according to Rasmussen. Glossy black finish is also applied to the new cast aluminum oil tank, and to the downers forks, brake rotors, and muffler shields control. Breakout has ABS (anti-lock braking system), and the factory-installed Harley-Davidson security system. The Breakout boasts a 103B counter-balanced V-Twin engine that produces 95.5 ft. lbs. of torque. The 103 c.i. (1690cc) engine is paired to a 6-speed Cruise Drive transmission, and features Electronic Sequential Port Fuel Injection (ESPFI) and Automatic Compression Release (ACR) for easy starting. The Breakout starts at $17,899. 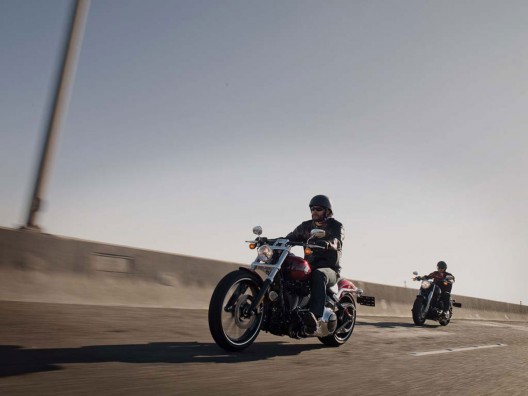 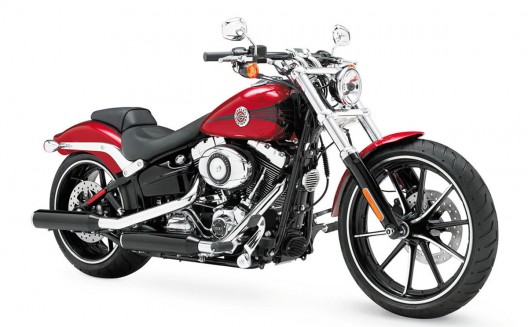 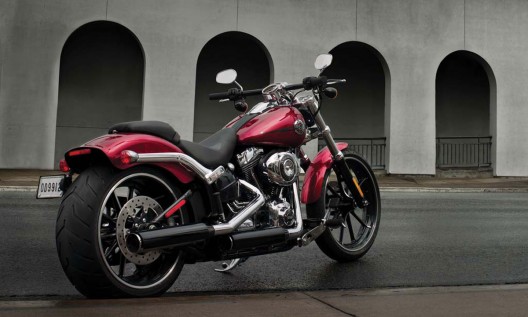 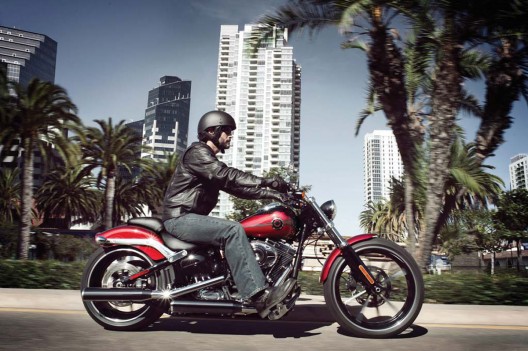