More than a century Lalique combines tradition and modernity discovering their magical world with elegance and passion. Each piece is a work of creative genius Rene Lalique, the founder of the company. Thanks to the daring combination of materials and skills, the crystal becomes alive and expressive. All creations are made by hand, reflect the perfection of skill and knowledge. The latest bottle of premium cognac company Hardy made by Lalique, as an association with a bottle of perfume. The contours are feminine and unusual carved cap almond-green hue reminiscent of some of the creations of Rene Lalique in the early years of the 20 century. Spring is the first in a series of four bottles, signed by Lalique. 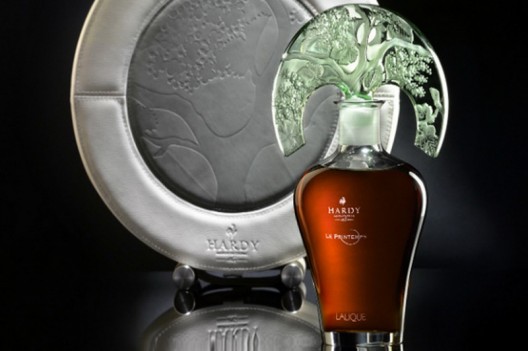 After this masterpiece, is planned to come out every other year a new bottle, Summer, Autumn and Winter and their colors and models are still shrouded in secrecy. Spring bottle containing a mixture of small amounts of Grande Champagne, which has been carefully divided the Armand Hardy at the end of the Second World War. This is a rare cognac in limited edition of just 400 pieces. Bottle is made in two sizes: 70 and 75cl and is located in the heart of exclusive round boxes, lined with white skin with an unusual opening system. 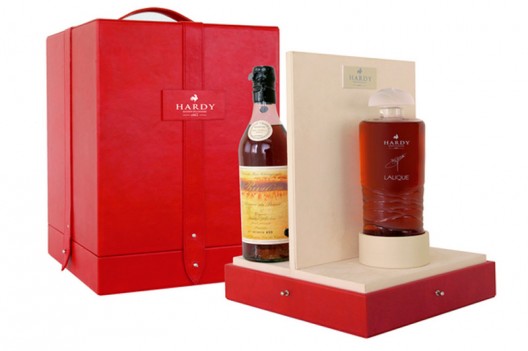 The first of four bottle will be able to buy the famous Cognac at auction in La Part des Anges, which will be held on 19 September. Benedicte’s Cuvee Grande Champagne cognac is made before the first world war. It was bottled in 1983 by the Jacques Hardy, and was kept in a leather and crystal caskets karafeu designed by the Marie-Claude Lalique. 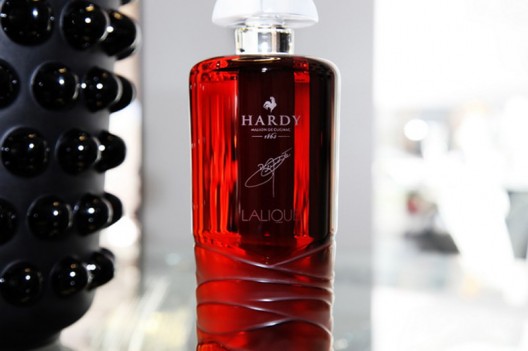 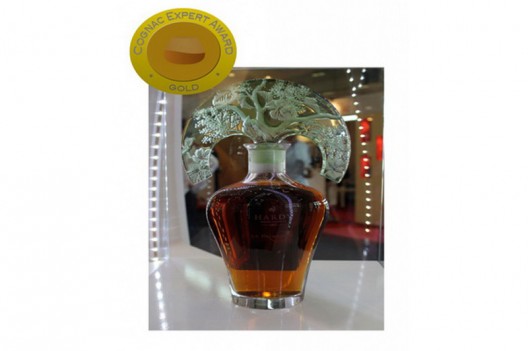