A selection of Picasso Ceramics will be offered at Christie’s first-ever online-only auction from 15-29 October 2013. This sale features a strong selection of unique pieces and some of the artist’s most beautiful works in editions, representing a particular moment in Picasso’s oeuvre. A highlight of the sale is a complete set of 13 plates from the “Service Visage Noir,” circa 1948, a rare and early set of Picasso plates estimated at £40,000 to £70,000 ($65,000 to $114,000). Another set was given to Rita Hayworth and Prince Aly Khan as a wedding gift in 1949 by the town of Vallauris, where Picasso produced many of his ceramics. “There were only 100 editions ever produced and very few sets remain intact having been split and sold separately during the 80s and 90s,” said Christie’s specialist Michelle McMullan. 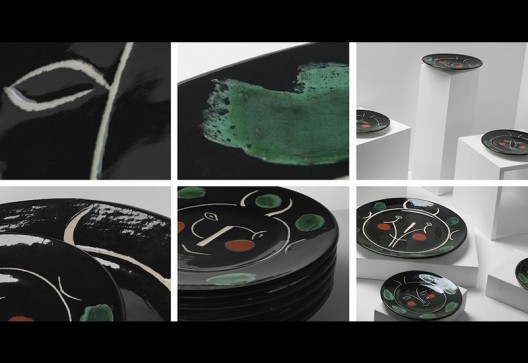 In August 1946, whilst on holiday in Golfe Juan with Françoise Gilot, Picasso visited an exhibition of local crafts in Vallauris. Here he met Suzanne Ramié, who had created an atelier some years before in one of the town’s old abandoned potteries. That afternoon, Picasso produced several pieces including a small faun’s head and two bulls: the beginning of an adventure and a collaboration with the Ramié family that would last twenty-five years. The Ramiés welcomed him full time into their workshop the following year, and between 1947 and 1971 would go on together to produce at Vallauris a body of unique ceramics and 633 different plates, bowls, vases and pitchers, in limited editions ranging from 25 to 500. 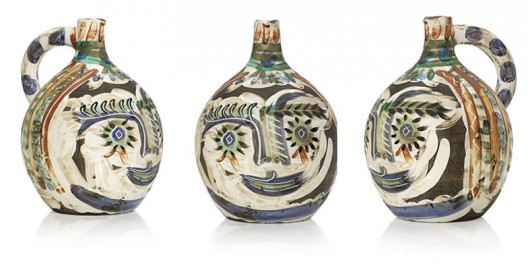