Two David Crockett related pieces will be offered at Heritage Auctions‘ Texana Sale in Dallas, scheduled for March 8. This materials provide fascinating insight into the development of Crockett’s legend, both during and after his extraordinary lifetime. The first fascinating relic related to the infamous death of Colonel Crockett is this extraordinary historical documen. On August 12, 1837, Crockett’s third son, Robert P. Crockett, signed this legal document swearing to serve as administrator of the estate of his father, famously killed defending the Alamo on March 6th of the previous year. In it Robert swears to inventory and administrate the “goods, credits, lands, and tenements” of his father’s estate. 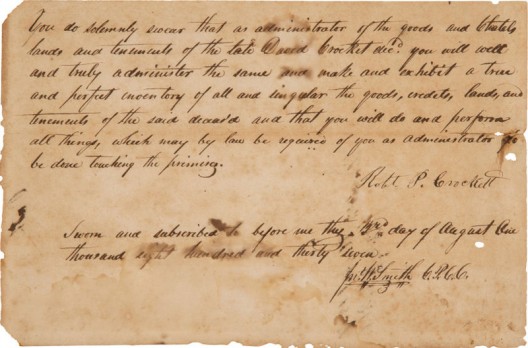 The second relic is a copy of Davy Crockett’s Almanack of Wild Sports in the West, Life in the Backwoods, Sketches of Texas, and Rows on the Mississippi, declared on the title page to have been “printed by the heirs of Col. Crockett” in 1838, only two years after Crockett’s death. This brochure includes tales of attacks from panthers, giant snakes, and, of course, bears, and sometimes all three, as well as a smattering of humorous anecdotes and the occasional weather reports expected of an almanac. 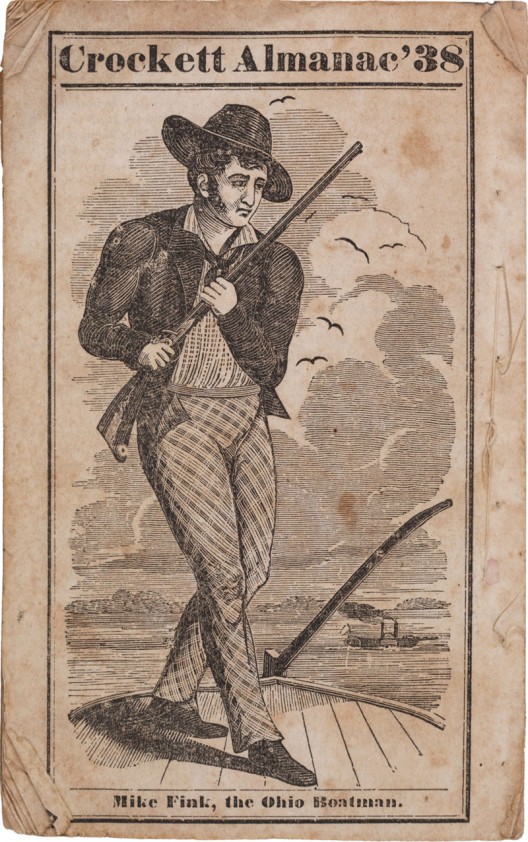 The publication of this almanac and its earlier issues, which reach back to 1835, a year before Crockett’s death, prove that even during his lifetime, Davy Crockett was crowned by popular opinion “The King of the Wild Frontier” and his spirit of bravery and undaunted determination would go on to serve as the example of the attitude of exploration and adventure which would grip the United States as it continued to look westward en mass following his death. The Almanac’s volume title of “Go Ahead!” encapsulates the emerging idea of Manifest Destiny which would begin to take hold in the coming years, with this fictionalized Crockett as its figure head. 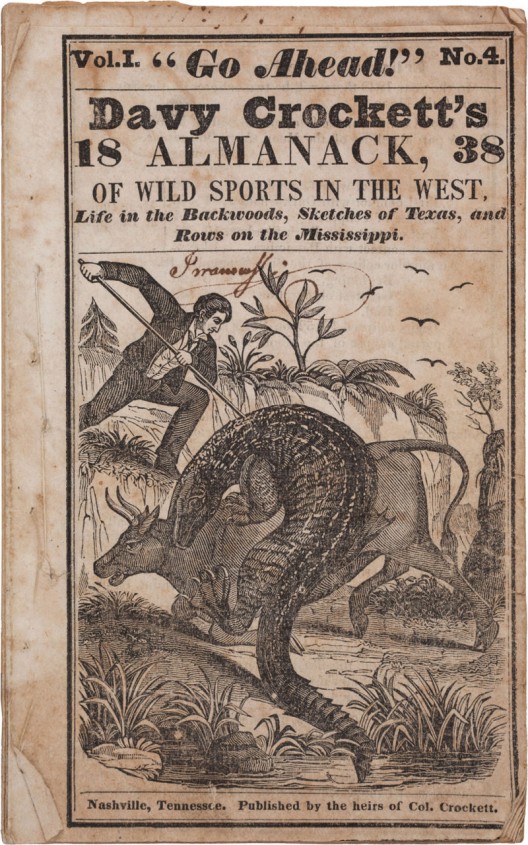 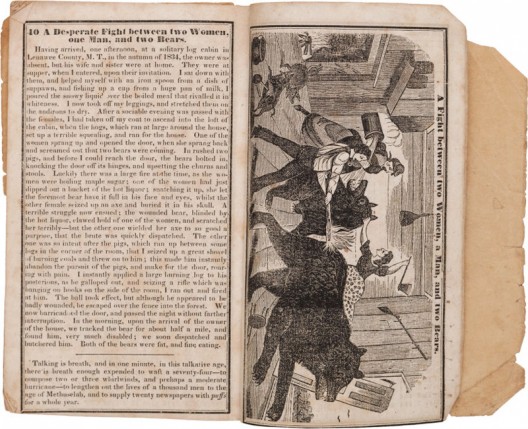 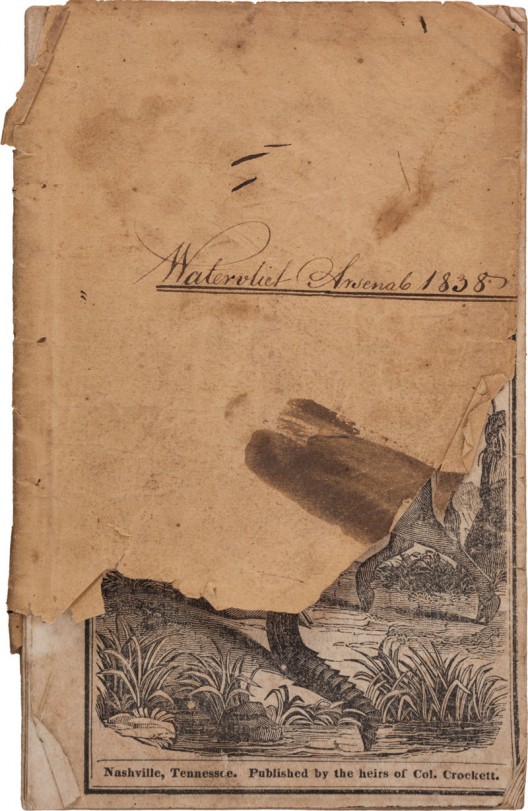 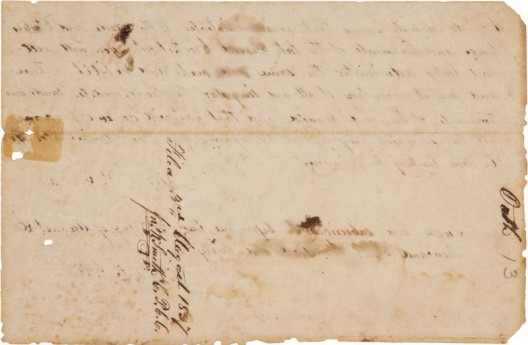