The European response to the American model “Terrafugia“, you might say. Only it’s much prettier and more aerodynamic. On the road it runs 100mph (160 km/h), while in the air 124mph (200 km/h). “Mark my word: A combination airplane and a car is coming. You may smile, but it’s coming! ” said the famous Henry Ford in 1940. Statement which the Slovak designer Štefan Klein sets with his “AeroMobil Version 2.5” on the front page dedicated to his great achievement. Beautifully designed aircraft with folding wings and a propeller on the tail. More beautiful than the American version of “Terrafugia”. 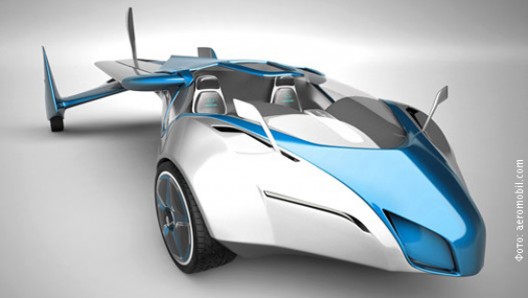 Steel framework and carbon coating make it to weigh only 992 lbs (450 kg) without fuel and two passengers. This is only half the weight of small cars, such as “Ford fiesta” (1,041 kg). This aviomobil’s lightweight Run “Rotax 912” engine with water-cooled 100 horsepower, is mounted behind the seats. It is interesting that there are two steering wheesl placed one inside the other – greater to manage on the ground, and smaller for flying. The vehicle can be parked in a standard parking space and is accustomed to road traffic. It also use fuel from conventional petrol stations as well as all the other cars. So, it does not need kerosene as other aircraft. 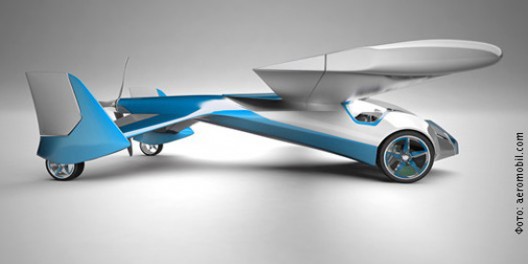 The prototype should convince investors that the concept viable. If the contract of mass production is concluded, it will take about two years for all necessary certificates, estimates Klein. He currently works on prototype of AeroMobil 3.0 after he successfully tested concepts and pre-prototype. 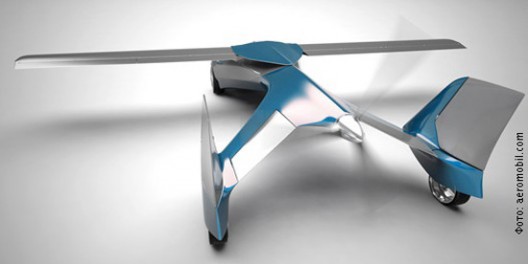 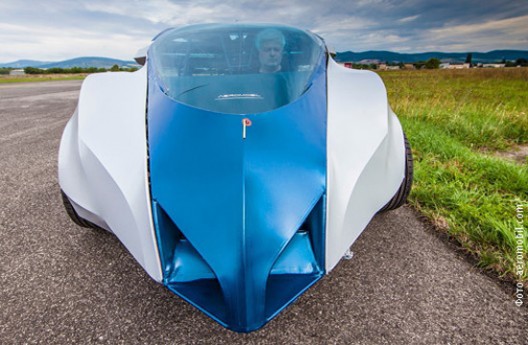