The original John Byrne and Terry Austin double splash page art from X-Men #137 (Marvel, 1980), “The Fate of the Phoenix!”, arguably the most famous image from the greatest and most popular X-Men story of them all, is expected to bring $150,000+ when it comes to auction on Aug. 27, 2015, as the centerpiece of Heritage Auctions‘ Aug. 27-29, 2015 Comics and Comic Art Signature Auction. 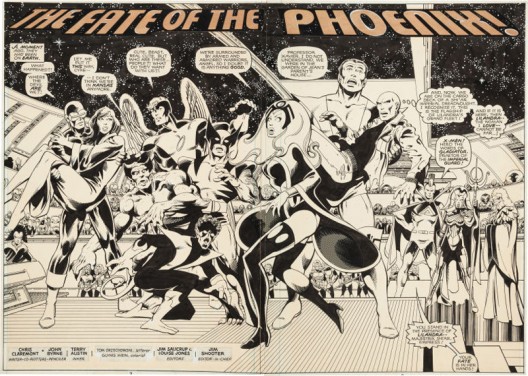 Chris Claremont (writer), John Byrne (co-plotter/penciler) and Terry Austin (inker) turned in some career-altering signature work on this title, and much of it culminated in this story, elements of which even made it into the movie “X2: X-Men United.” In short, this is one of the greatest full-team images of the X-Men ever, directly from the heart of one of the most acclaimed runs in comic book history. Hardcore comic book collectors will thrill to the inclusion in the auction of an incredibly rare copy of Suspense Comics #3, Pennsylvania pedigree (Continental Magazines, 1944) CBCS 9.0 (estimate $100,000+) in the auction, one of the most-sought after, and most difficult to obtain comic books in history. This copy is the highest grade yet assigned to a copy of Suspense Comics #3 by either of the top third-party grading services (CGC or CBCS). It is also of note is that there is no Mile High copy of this issue, and almost all of the other famous pedigree runs are missing it as well. The chances of a nicer copy ever surfacing is unlikely. This book is one of Overstreet’s Top 100 Golden Age Comics, and will most likely not be moving from that list any time soon. 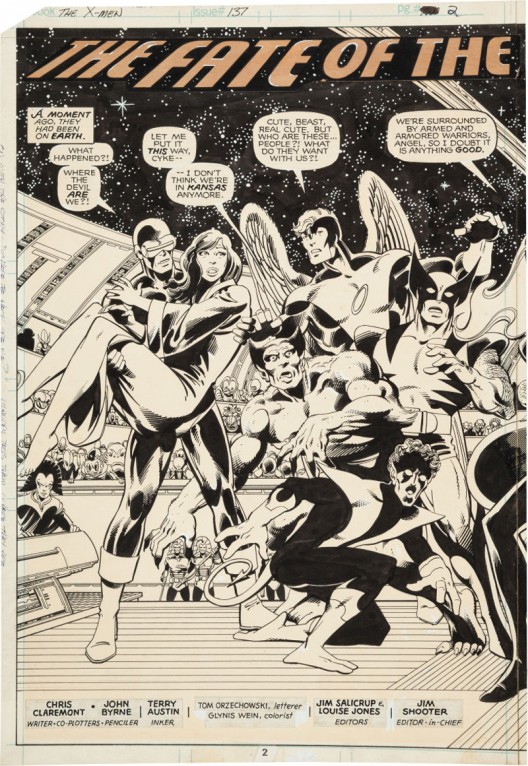 Original Alex Raymond Flash Gordon art has been incredibly popular of late and Heritage has responded with an absolute gem in its Aug. 2015 auction in the form of the original Sunday comic strip art dated 1-27-35 (King Features Syndication, 1935). In the strip, Prince Barin steps in just in time to save Dale from a deadly fate, a spectacular example from the third storyline, “Tournaments of Mongo,” one of the most desirable periods of Raymond’s run. This is by far some of the most impressive newspaper comic strip original art Heritage experts have seen to date, which says a lot considering how many great pieces have come through since the beginning of its Comics and Comic Art division in 2001. It is estimated at $100,000+. Comic collectors will all also take note of the CGC-graded 6.5 copy of All-American Comics #16 (DC, 1940) in the auction, the debut issue of the original Green Lantern, Alan Scott, currently ranked as the fourth most valuable comic of all time. According to Overstreet, the only comics more valuable than this one are the “big three” of Action Comics #1, Detective Comics #27 and Superman #1, with this book even recently surpassing Marvel Comics #1 on the list. It is interesting to note that GL’s major vulnerability was not the color yellow, but rather anything made of wood – so a good ol’ #2 pencil should strike fear into the hearts of all Green Lanterns, everywhere. It is estimated at $60,000+. As a special wrinkle in this auction, Heritage will join IDW Publishing, Edgar Rice Burroughs, Inc. and the Je Kubert School to celebrate the legacy of the late, great Kubert by auctioning off 22 original illustrations by 23 artists, each hand drawn on special blank covers on Joe Kubert’s Tarzan of the Apes Artist’s Edition. All proceeds from the sale of these very special books will go directly to The Joe Kubert Scholarship Fund. 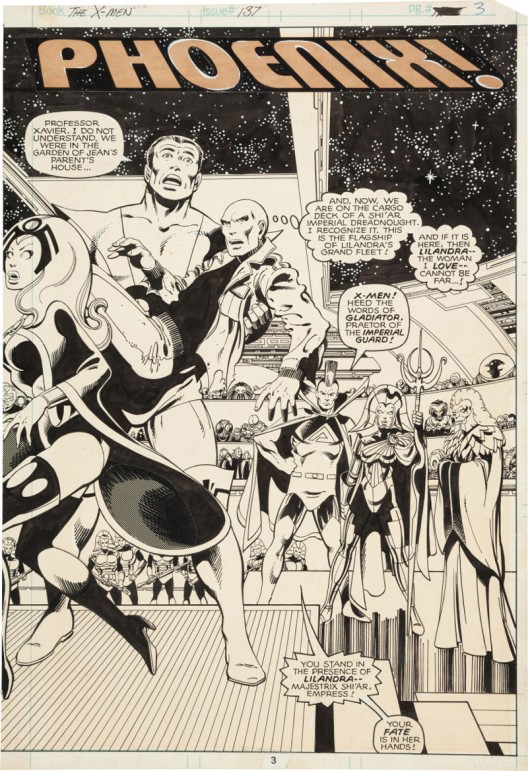