As part of the brand’s 250th anniversary celebrations, Hennessy announced a new collaboration with artist Ryan McGinness for this year’s artist bottle. Teaming up with McGinness, Hennessy, the 18th century cognac giant continues a legacy of artistic collaboration. Previously, the bottle has been reimagined by artists like KAWS, Futura, Os Gemeos, and Shepard Fairey. McGinness’ vibrant interpretation of the iconic Hennessy V.S label has distinctive features that illuminate under blacklight. 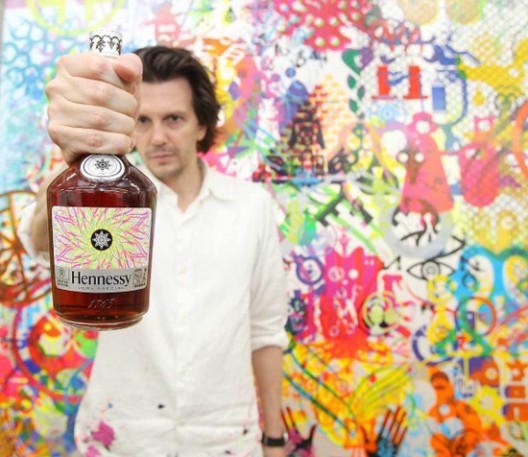 It is a true collector’s item with individually numbered bottles based on McGinness’ “Black Holes” series of artworks. Each bottle contains the same unique Hennessy V.S blend of more than 40 eaux-de-vie, aged up to 8 years. “When we first started talking about this project, I was thinking about what body of work to go from. Because these black holes have to do with wealth and luxury, and there’s this kind of aesthetic pull, it seemed like a good match,” said McGinness. 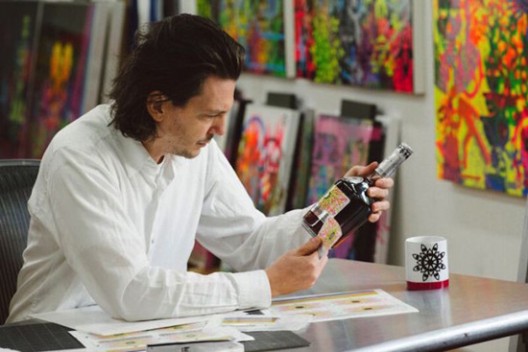 In addition to the 750ml bottle, which retails at $42, a Hennessy V.S Limited Edition Deluxe set is also available for $150, featuring two adaptations of the design in black and fluorescent colors on a black background. The set also includes a booklet outlining the collaboration, as well as three exclusive coasters designed by the artist.