Russian yacht designer Max Zhivov has recently revealed his latest 35m superyacht concept, called Black Iceberg. Inspired by the vessels of the Vikings and the rugged beauty of Scandinavia, she accommodates up to eight guests across two expansive master suites as well as two additional guest cabins. “The inspiration for this concept was icebergs, Viking boats and the atmosphere of Scandinavian nature. The main idea of project is ‘broken surface’ so the sides of yacht look like ice blocks,” said Zhivov. 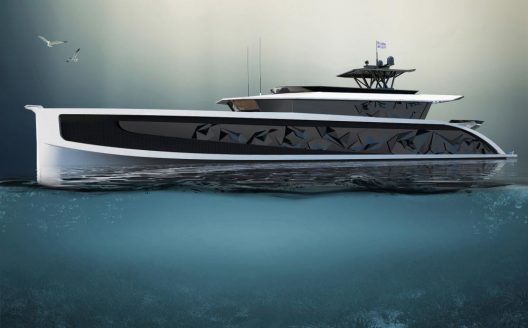 Made of carbon fibre, there are 32 square metres of solar panels on the upper surface of the superstructure and her cruising speed is 26 knots. The designer explains: “The main advantage of using carbon fibre in shipbuilding is a significant reduction of weight in comparison with steel, which means greater speed, cruising range and fuel efficiency.” 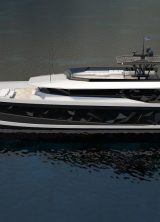 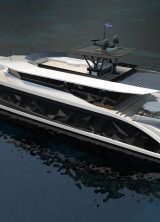 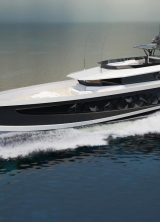