Lenny Kravitz was born one year after Rolex first released its Cosmograph Daytona. And, now the multiple Grammy award-winning rocker has put his signature on that classic luxury watch by designing the LK01 in collaboration with the Swiss watchmakers at Les Artisans de Geneve. “We’re not redesigning the case,” says Kravitz, who worked with the team at his eponymous design firm to shape the details of the $37,800 LK 01. 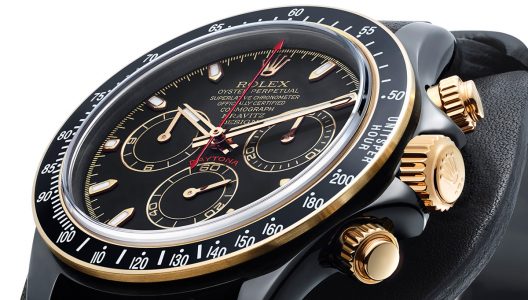 “We’re basically finishing it the way I want using different colors and printing on the dial. We also had the opportunity to add a sapphire back, to see the movement, which has not been done [by Rolex] on a Daytona.” Les Artisans de Geneve builds each watch in the 55-piece limited run on demand. The company starts with a steel-and-gold Daytona and then disassembles both case and movement, adding a black DLC and PVD treatment to the parts, as well as a 22-karat gold rotor. Because such modifications void the original Rolex warranty, Les Artisans de Geneve will fulfill future service obligations. 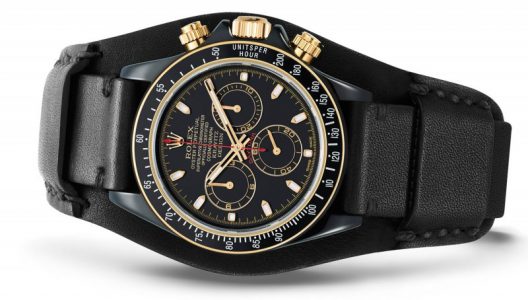 Some of the LK 01’s design touches, such as the Bakelite treatment on the bezel, are historically informed; others, like the sporty leather strap with backing pad, are more a reflection of Kravitz’s own style—as is the box, which doubles as a Bluetooth speaker. “Being a person who likes to be around music all the time, I thought we could make a boom box out of it,” says Kravitz. “Instead of leaving it in your closet, you can put it wherever you keep your things and actually use it.” 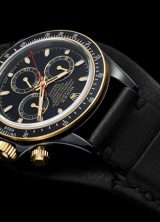 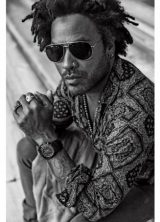 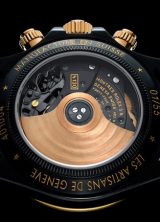