On the occasion of the quarter-century existence of the sports versions of the Type R and the Fireblade motorcycle, Honda has made two specially designed variants of robotized electric lawnmowers Miimo. Special attention attracts the lawnmower based on the Honda type R, which even has an imitation of the exhaust pipes and a large rear spoiler, while the front part contains a headlamp replica, a radiator grille and a bumper of the mentioned car. Additionally, 40 LEDs on the headlights and stop lights are installed. 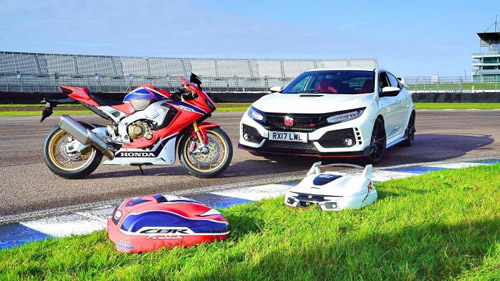 Fireblade lawnmower is also painted so that by choosing colors and decorative elements it resembles that Honda motorcycle. Otherwise, robotic Miimo lawnmowers have special sensors that can move independently and cut grass without the intervention of a human being. Electricity for the power is derived from lithium-ion batteries, and the computer registers when the power level falls below 30% of the capacity. After that, the lawnmower automatically goes to the wireless charger to make the batteries recharge. The basic model of this lawnmower in the United States costs $2,799, and car and motorcycle enthusiasts who want to buy Type R and Fireblade versions, they will not be able to do it because they are unique and made only for the occasion of the anniversary celebration. 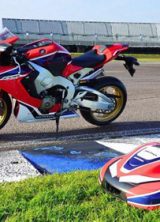 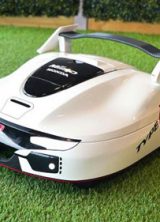 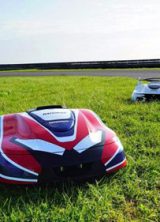 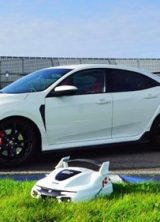 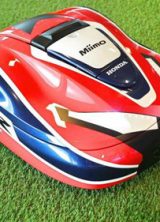 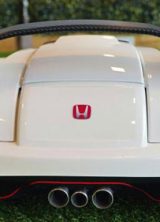