Richard Mille and McLaren Automotive partnered last year, and this is the first watch they have produced as a team which was introduced at at the 88th Geneva International Motor Show. RM 11-03 McLaren Automatic Flyback Chronograph timepiece incorporates design features from McLaren cars, as well as lightweight technologies and high-function aspects typical of Richard Mille timepieces. 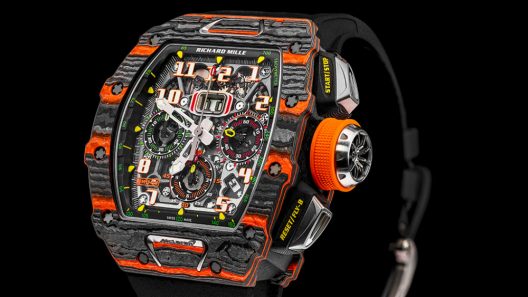 Jointly designed by McLaren designer Rob Melville and Richard Mille designer Fabrice Namura, the new watch’s design stem from the McLaren 720S. In fact, the titanium pushers are inspired by the McLaren 720S headlights. The bezel features titanium inserts that are shaped like McLaren F1’s air intake snorkels, and the titanium crown is shaped like a McLaren wheel. Additionally, the McLaren Speedmark logo is incorporated on the rubber strap specifically developed for this edition. 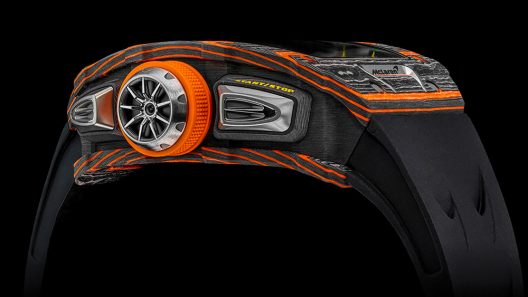 The case of the RM 11-03 McLaren is made of the extremely lightweight and highly durable Carbon TPT®interlaced with Orange Quartz TPT. Within it beat the automatic RMAC3 caliber, first launched in 2016, with a flyback chronograph with instant return of the counter to zero that makes it possible to quickly restart the stopwatch function. The movement is fitted with two barrels mounted in parallel for 55 hours of power reserve, and has a balance wheel with variable inertia. 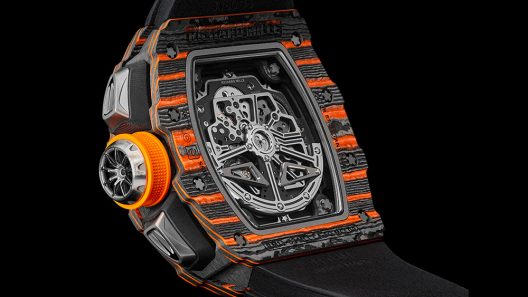 The concept of a variable-geometry rotor enables personalized winding adjusted to the wearer’s activity level. Limited to just 500 pieces globally, and priced at an eye watering 180,000 Swiss francs ($191,500), the watch will be primarily available to purchasers of one of the brand’s Ultimate Series models, like the $1 million Senna hypercar and the $1.4 million Senna GTR Concept. 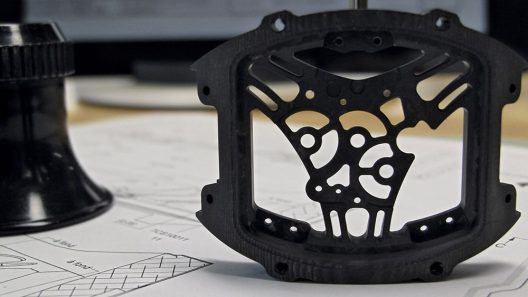