The owner of this interesting cottage wanted a structure that would offer a “sense of isolation and total privacy” to avoid all the problems of city life …
With all the pressures of modern times, sometimes you want to move away from the city center. Judging by the layout of the Efjord Lodge in Norway, its owner has found the perfect location for just that. 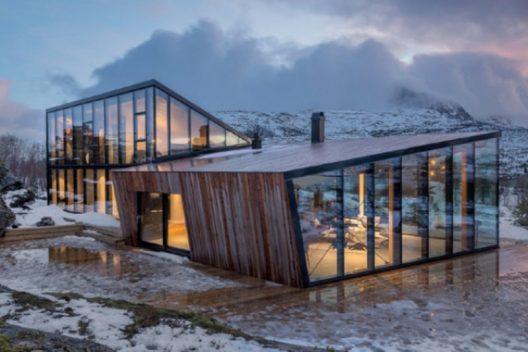 The perfect cottage was built on Halvarøy Island, near the Ofoten Fjord in the northern region of the country between October 2015 and November 2017. According to architect Snore Stinesen of Stinesen Arkitektur, the structure was built for a client who wanted something that had impeccable panoramic views and would give off a sense of isolation and total privacy, allowing him to really make a distance between himself and his daily life. 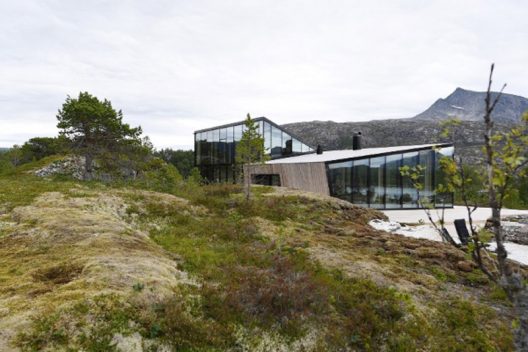 Admittedly, this corner cabin with its two main sections pointing in different directions offers a truly amazing view through its gigantic floor-to-ceiling windows. Located on the natural edge and protected on the north side by its surrounding terrain, this villa has a front facing the two most challenging peaks of Norway in the north and the fjord and evening sun in the west. The back of the villa overlooks the morning sun and the surrounding landscape on the east side. 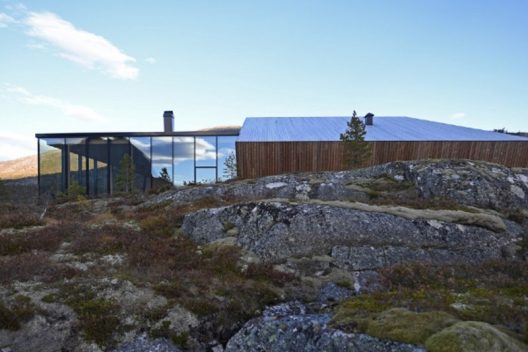 This impressive building, consisting of a spacious living room, kitchen, two bedrooms and just as many bathrooms, is made mostly of wood. Its exterior consists of structural glaze and a pine core treated with iron sulfate. The interior is decorated with birch veneers, while the floors are made of granite. The sauna, which is also part of the cottage, uses appen concrete slabs because of their moisture absorption capacity. 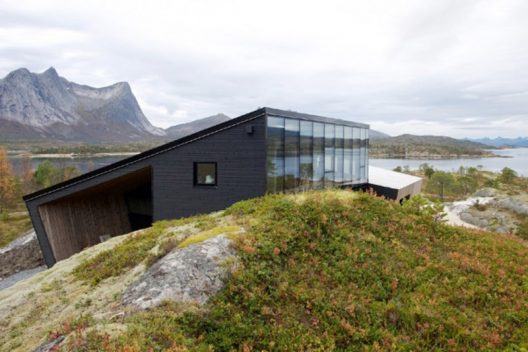 As picturesque as this cottage may be, its surroundings are not so idyllic. The fjord is often exposed to winds that have hurricane force and heavy snow, with temperatures in the thick minus. Still, the structure is created with these conditions in mind, so it is perfectly stable and comfortable. 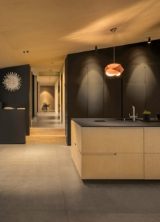 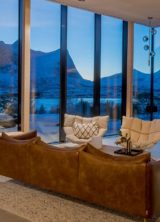 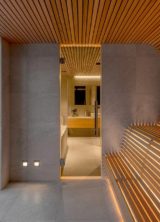