Sergey Makhno Architects studio has designed an underground concrete villa, which can withstand the “unpleasant surprises” that may await us in the post-pandemic world …
The studio, based in Kiev, said that the global crisis caused by the corona virus was the trigger for the visualization of Underground House Plan B, as a piece of conceptual architecture. “We have realized that the world definitely has a number of unpleasant surprises that await us, for which even the most developed countries may not be ready,” they said from this study. However, instead of creating a typical bunker, the studio designed a comfortable hiding place, in which many would certainly like to live, even “even if there is no apocalypse”. 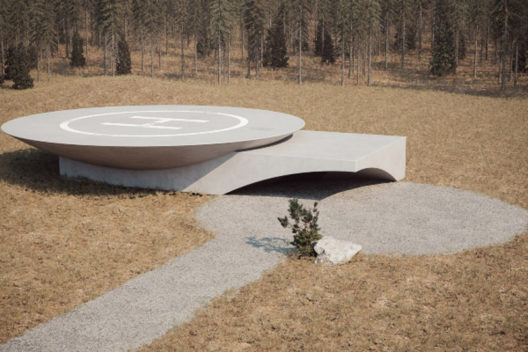 In renderings, this home is presented in the clearing of the Ukrainian forest. The heliport would help residents get to their bunker quickly, or evacuate as needed. “We were interested in the question of whether it is possible to create a fulfilled life in the long run, underground, with the help of architectural solutions. In addition to the fact that you would be hidden from any cataclysm or virus, you could preserve your values ​​and hobbies here, “the architects explain. The upper level of the Underground House Plan B will consist of two intersecting volumes, which are made of concrete, a material known for its durability and aesthetic appeal. 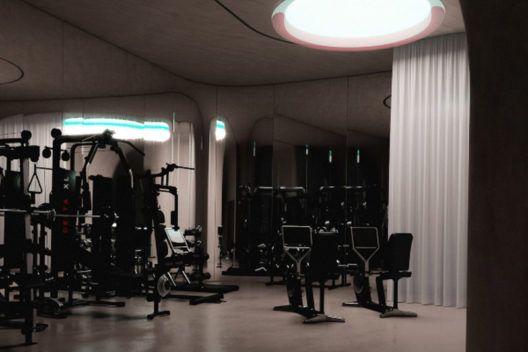 One volume would be shaped like an inverted cup, with a flat mound surface playing the role of a heliport. Another volume would be rectangular, cut in a specific way to mark the entrance. A spiral staircase would lead you to the underground part of the villa, which the studio designed as a series of circular layers. The first layer, located 15 meters below the ground, contains a series of living spaces, which are designed so that they can comfortably accommodate two or three families. There will also be a spacious loggia, anchored by bulky diseased partition walls. 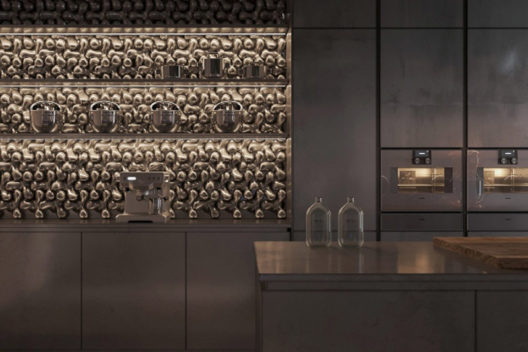 One wall would be completely covered with shelves and would form a library, while the other would close a huge sofa, where there would also be a home cinema. In the central part of the lodge, a cylindrical skylight finds its place, which is illuminated so that it associates us with the sun. A panel of imitation greenery would be the back of the common dining area.
Exterior illusions will also be created in the bedrooms. One of the bedrooms is designed with a floor-to-ceiling digital screen instead of a window, which can be adjusted to represent scenes like snow-capped mountains or the city center. Another bedroom would have winding paths of artificial ivy in front of it. The studio also decided to include a professional kitchen in the story, which is completed with steel elements. 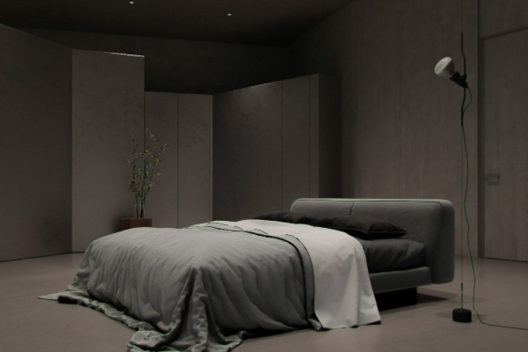 The garden room would be designed as a space for growing fresh fruits and vegetables, while there is also a medical room, a park room for walking pets and disinfection capsules. In order to be in shape, the tenants of this villa can visit their home gym, part of which will be a minimalist meditation room and swimming pool, lit in green tones that will associate them with sea or ocean waters.
This entire layer would be surrounded by an “evacuation ring”, which can be reached from virtually any room so that it can be easily used if the need arises. Further underground, there would be water filtration systems and generators, with a large amount of stored water under them.
“This project is a reflection of the continuation of human life under any circumstances, and an attempt to find an answer to the question of whether architecture can create the impression of life on the surface of the earth, below it,” the study concludes. 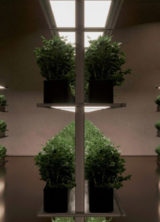 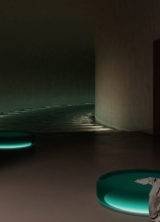 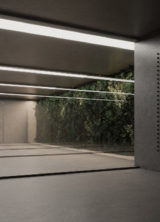 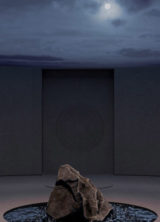 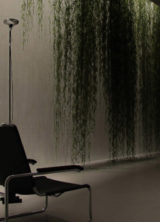 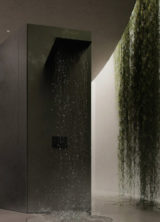 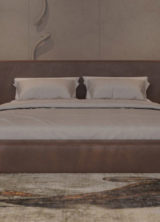 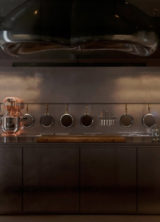 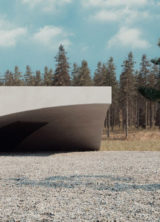 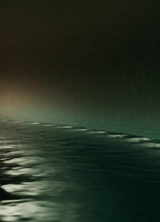 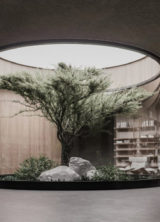 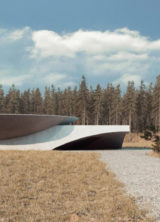 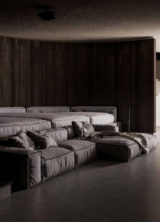 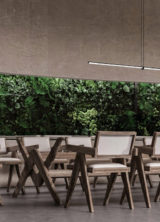 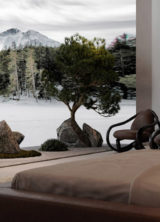