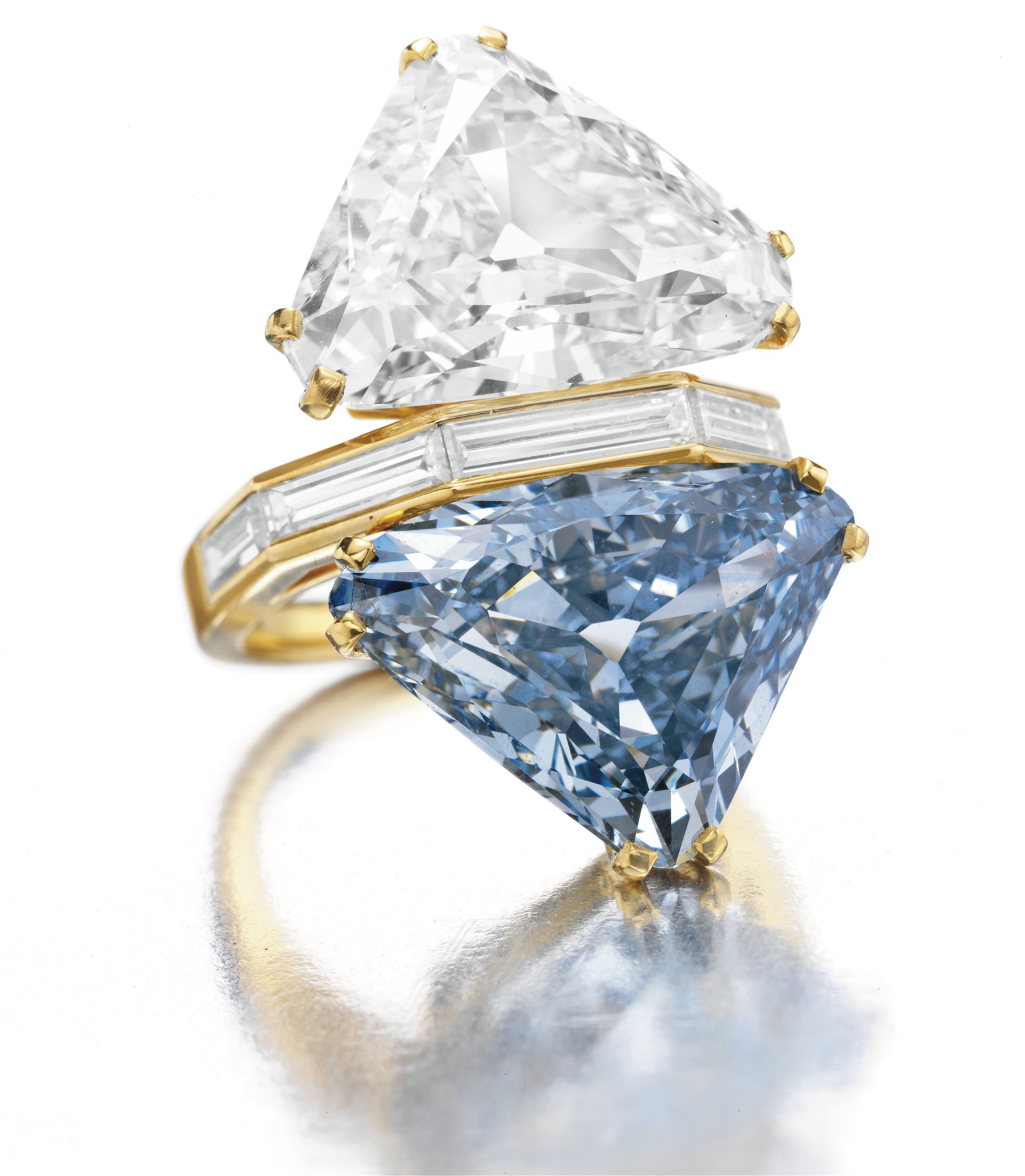 The BVLGARI Blue Diamond – Two-stone Diamond Ring On October 20, as the lead highlight of its flagship Jewels: The New York Sale, Christie’s will offer The BVLGARI Blue Diamond – a stunning two-stone diamond ring designed by Rome’s legendary house of BVLGARI in the 1970s that’s expected to fetch over $12 million. The ring features two extremely precious stones: a triangular-shaped, colorless diamond of 9.87 carats paired with a stunning triangular-shaped Fancy Vivid blue diamond of 10.95 carats – the largest Fancy Vivid blue diamond of this cut ever to be offered at auction. Fancy Vivid blue diamonds of this size are among the rarest of colored diamonds. Only one in about 10 million will possess a color pure enough to qualify as Fancy Vivid. The ring is being offered by a private European collector who has kept the ring in his family for almost 40 years. According to family tradition, the ring was bought for $1 million from BVLGARI in 1972 in Rome, and is given as a gift from the collector to his wife in celebration of the birth of their first baby boy. 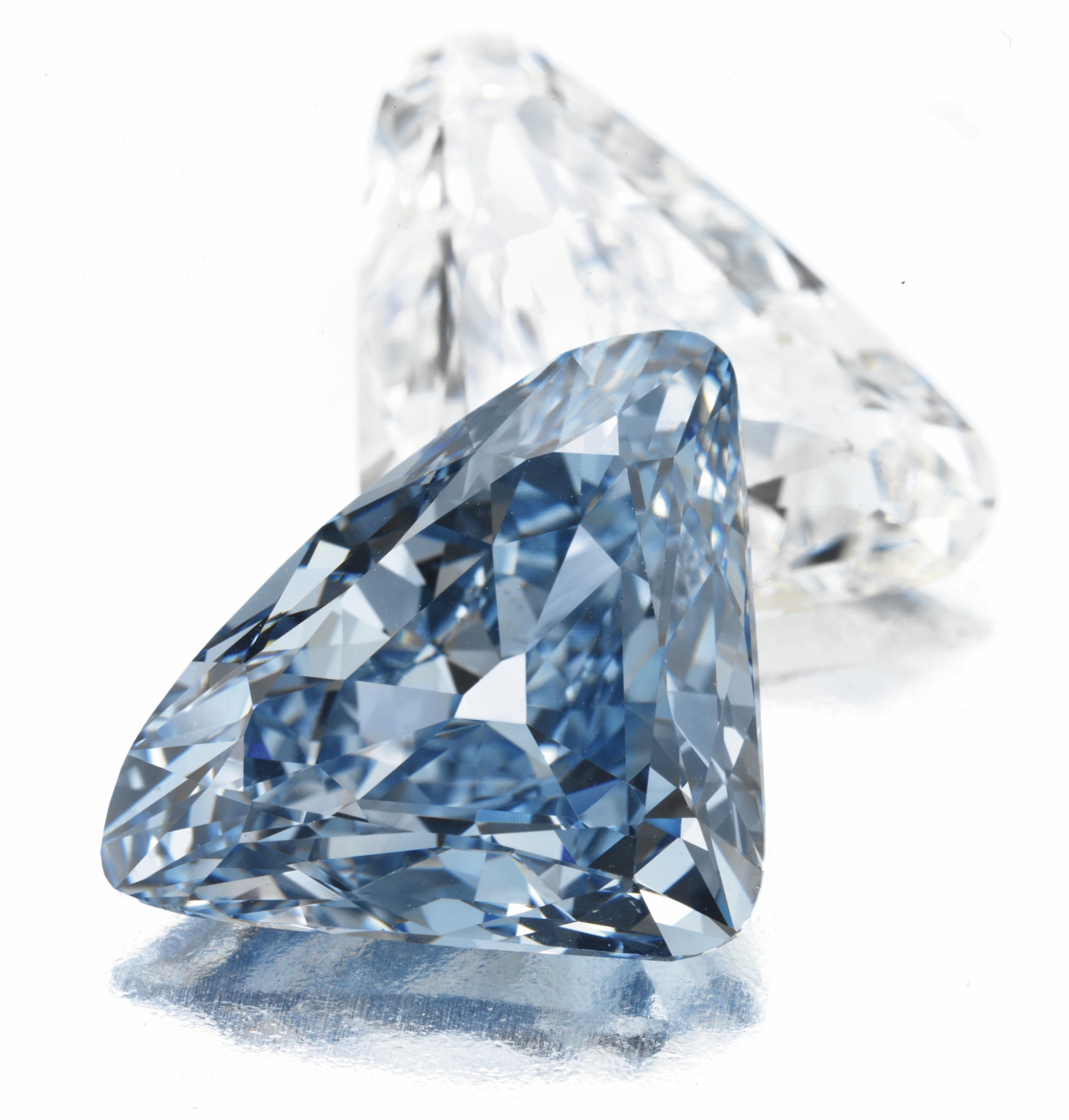