Richard Nixon’s Gold-inlaid Browning 12-gauge Automatic Shotgun All collectors of firearms and guns would be interested to see a rare Browning shotgun that was once owned by former American President Richard Nixon. The gold-inlaid Browning 12-gauge automatic shotgun will be offered at James D. Julia Auctioneers’ Important Firearms sale in Fairfield, Maine on March 14.  After 26 years in a private collector’s vault, the unfired gun’s predicted to fetch between $50,000 and $70,000 at auction. The story of this milestone legendary shotgun is well known. Originally intended for presentation to President Nixon in 1970 by Senator Bennett, who would in turn give it to the Smithsonian for permanent residency with the John M. Browning Memorial. Ultimately, Nixon declined the presentation and the gun was returned to Browning Arms. The gun resided in the Browning archive vaults for 15 years and in 1985, Browning gave the gun to the National Shooting Sports Foundation for display and promotional use. The gun is engraved with phoenixes and griffins inlaid with gold. The 1930s design includes a gold presentation plaque which bears the number 2,000,000 marking its production number and the signature of James M. Browning. As Richard Nixon said, once you get into this great stream of history, you can’t get out. The fact is that the importance of this shotgun is not only in its connection with President Nixon, but also it is a significant part of American firearm history. [James D. Julia] 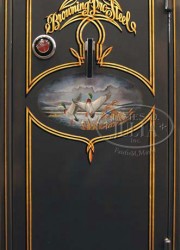 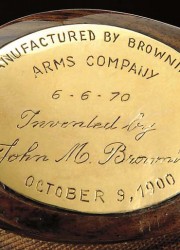 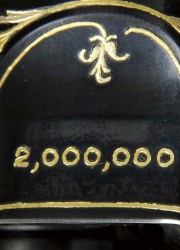 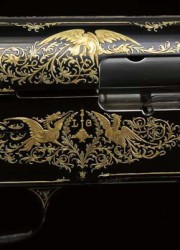 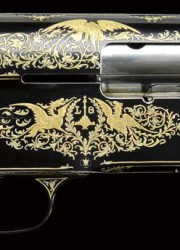 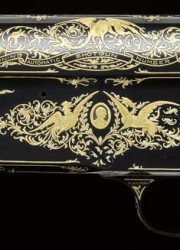 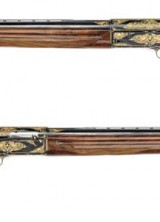 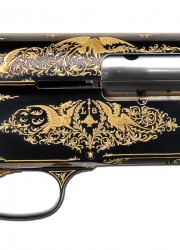