The 2012 Tales of the Cocktail has come and it has gone, with lots of winners in many different categories. In a category for the Best New Product the winner was Cognac Pierre Ferrand 1840 Formula. Despite strong competition by Chairman’s Reserve Spiced Rum, Lillet Rose and Perlini System, Cognac took the award, and this is the first time that any Cognac has ever been honored with this distinction.

In the past, Cognac primarily has been used for drinking straight up or on the rocks, but for this award the drink had to be the best newcocktail ingredient (spirit, liqueur, syrup or juice) or piece of cocktail equipment (muddler, shaker etc.), so Pierre Ferrand 1840 Original Formula Cognac was developed by its makers specially for that purpose. Pierre Ferrand 1840 is bottled at 90 proof, higher than most Cognacs, thus making it perfect for mixing in drinks. In addition to these features, also an inevitable condition of the spirits, nominees for prestigious award, was that must had been launched after March 2011 and must be on general retail sale in at least three US states as of March 31, 2012. Pierre Ferrand 1840 was launched last year at the same cocktail festival and has since become the favorite ingredient for bartenders across the world. Pierre Ferrand Cognac 1840 Original Formula was created by Cognac Ferrand owner Alexandre Gabriel with help from cocktail historian David Wondrich to recapture the spirit of the quintessential cocktail days of the 1800s. Alexandre Gabriel said, “Winning this recognition from my peers is both hugely gratifying and humbling. We are a small producer in the middle of the Cognac vineyards. At Cognac Ferrand we are a team of passionate characters doing what we love to do – make great spirits. Cognac deserves to be back behind the bar in a place of honor where it enjoyed decades of prominence as THE spirit for cocktails. We created Pierre Ferrand 1840 to be that kind of Cognac and to receive this honor shows that we did the right thing. We are very happy.” The Tales of the Cocktail Spirited Awards, the annual five-day cocktail festival in New Orleans, this year has celebrated its 10th anniversary. Each July, Tales attracts more than 22,000 people who are true connoisseurs of spirits. [Pierre Ferrand Cognac] 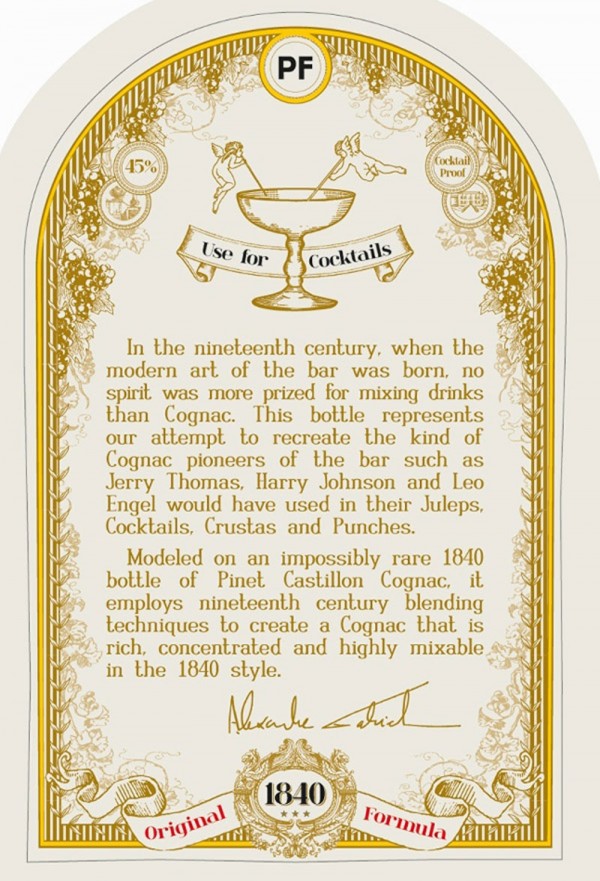