Wassily Kandinsky’s expressionist masterpiece “Studie zu Improvisation 3, 1909” will be the highlight at the London Impressionist and Modern art sale held by Christie’s next month. Russian painter’s artwork which vibrantly depicts a knight on horseback is expected to fetch as much as £16 million ($24.19 million). This painting provides international collectors with a very exciting opportunity, following Christie’s landmark sale of Studie für Improvisation 8, 1909, which set a record for the artist at auction in November 2012, selling for $23 million. 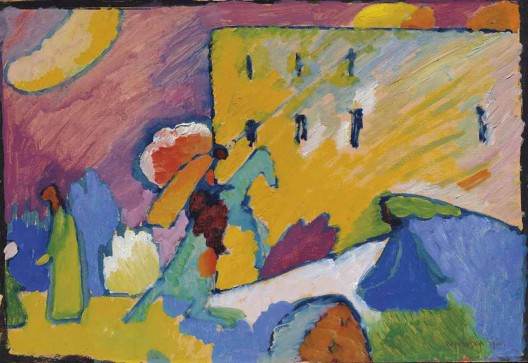 A work of great art historical importance, Studie zu Improvisation 3, 1909, by Wassily Kandinsky belongs to Kandinsky’s revolutionary series of paintings, started earlier that year, known as ‘Improvisations’, which mark his first major forays into the realm of abstraction. These were the very first paintings intended to convey an inner emotional response to and understanding of the visual phenomena of the outer world, through spontaneously and unconsciously created near-autonomous coloured forms. They are among the first paintings in the history of art to mark the deliberate freeing of form and colour from their conventional pictorial duties towards the creation of non-material, non-objective and abstract art of the spirit. Other notable artworks will be offerd on sale on June 8th including works from Pablo Picasso, Joan Miro, Amedeo Modigliani and Paul Signac. Some of them are Miro’s 1952 painting “The Stem of the Red Flower Grows Toward the Moon” (La tige de la fleur rouge pousse vers la lune) was estimated to top £7 million ($10.65 million) at auction. The painting was done during a pivotal year in the Spanish artist’s career when he created some of his most revolutionary and acclaimed pictures. Modigliani’s portrait of his art dealer Paul Guillaume is one of only four and was expected to top £7 million ($10.65 million), while Picasso’s 1960 “Femme assise dans un fauteuil” is one of a group of portraits of his partner Jacqueline Roque and estimated to earn up to £6 million ($9.13 million). 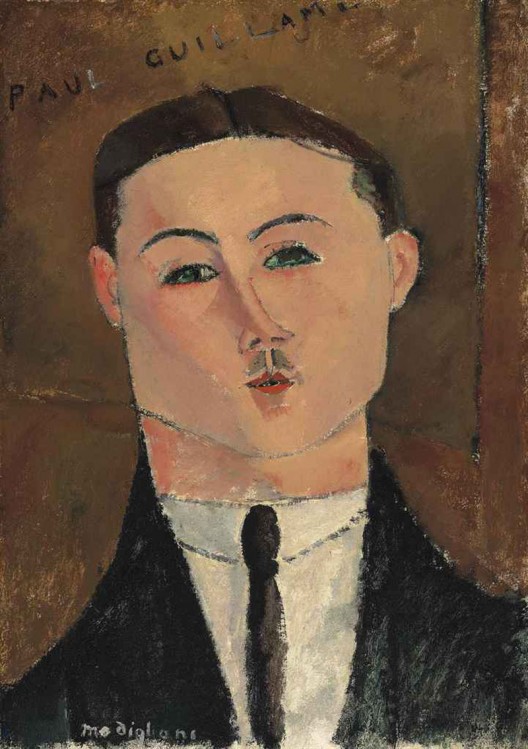 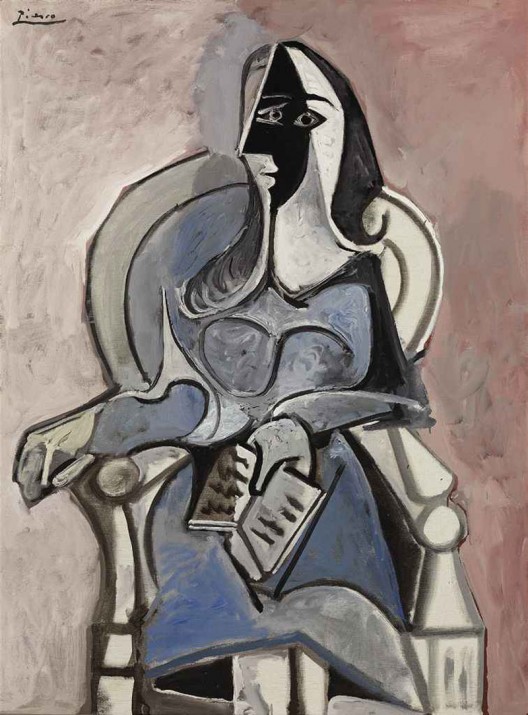