Jean Paul Gaultier has just launched Junior Gaultier Couture, outgrowth of his children’s clothing line Junior Gaultier, which he started back in 2009. During his Spring 2013 couture fashion show, four kids popped out from under a model’s dress wearing long gowns. Those gowns are actually part of this new kids’ line for Spring/Summer 2014, which are inspired by Gaultier’s Indian-themed Spring 2013 Haute Couture collection for (grown-up) women. 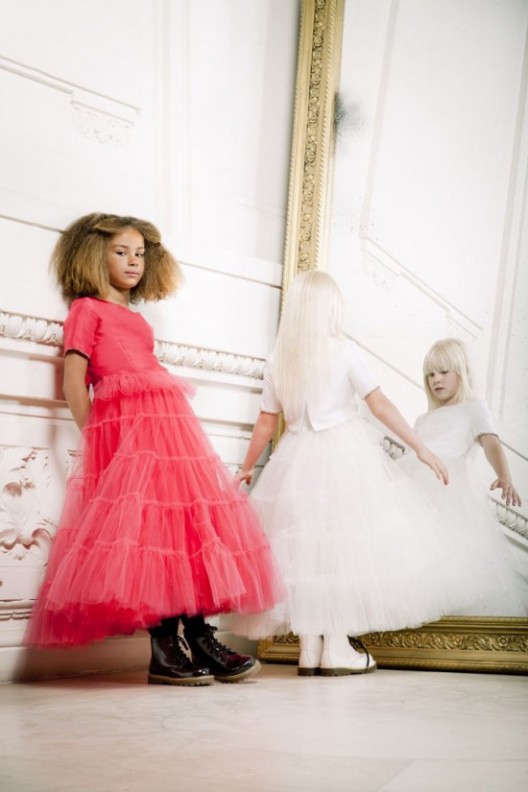 The dress is made from a raw silk bodice and a long layered skirt in tulle, while the finishing touch is a bolero that buttons in the back and is accented with Swarovski crystals. Priced around $1200, a silk-and-tulle princess dress comes in two shades: ivory and padparadscha. Limited to only 90 pieces of each shade, those gowns will go on sale in the next couple of months.
If you like you can check latest Other Stuff photos